Having a really bad time in a good way 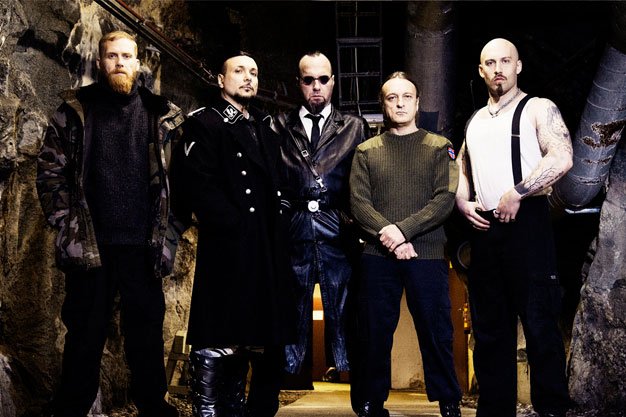 Formed in 1984, the extreme metal five-piece gained notoriety for their violent shows, the 1991 suicide of vocalist Dead (who wore the ghoulish makeup before just about anyone else) and guitarist Euronymous’s murder at the hands of former member/Burzum leader Varg Vikernes in 1993. They were tied to Satanism and a string of church burnings in Norway, and couldn’t keep a lineup intact.

“[Founding member/bassist] Necrobutcher talks about [the early years] all the time,” says guitarist Teloch from his home in Oslo. [Drummer] Hellhammer not that much. From what I can gather, I think they enjoy their lives much more now than when all the bullshit was going on.

“The history is important cuz it formed Mayhem into what it is today, but I find it more interesting to talk about the music.”

Ah, yes, the music. Their 1994 debut album, De Mysteriis Dom Sathanas, is one of the most influential black metal albums of all time. Follow-ups saw them get more progressive and experimental, with varying degrees of success. Their recent Esoteric Warfare (Season of Mist) is complex and crushing, with some truly chilling moments and a youthful energy not often found in new work by 30-year-old bands.

Teloch, who replaced primary songwriter Blasphemer in 2011, says that’s likely due to the fact that he – at 40, Mayhem’s youngest member – wrote it. “As always Mayhem wanted to reinvent themselves,” he says. “They have never released any albums doing the same thing over and over. There is always something new introduced.”

The band, he says, is tighter now than it’s ever been, and the Mayhem concert experience is about “having a really bad time in a good way.” As for their history of in-fighting – a word that describes their past conflicts mildly, to say the least – how are relations lately?

“The lineup is strong, but there are always arguments and bitching going on. People talk shit about each other behind their backs. To me that is what makes this interesting and gives the band the nerve it needs to do this kind of music.

“That said, right now it’s kinda calm. Maybe something is brewing. Let’s see what this North American tour will do to us, because it has been a little bit too quiet lately.”