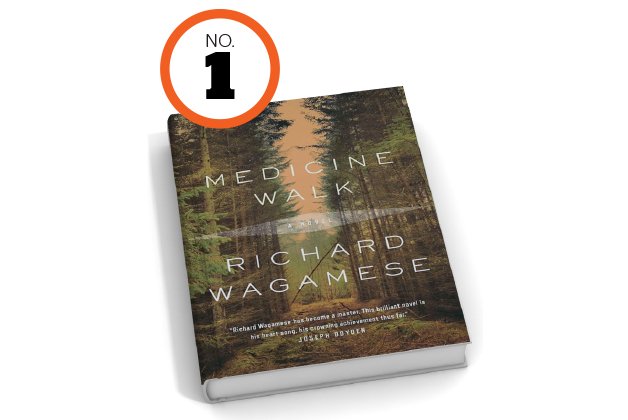 It’s a familiar but powerful story: a boy constantly disappointed by his father but still harbouring deep love for him.

In the case of Richard Wagamese’s Medicine Walk, the dad’s a drinker in rural BC, alienated from his First Nations past, who’d asked an older man to raise his son. Over the years, the rare encounters between the boy, Frank, and his father, Eldon, are alcohol-fuelled disasters, until one day Eldon, wracked with liver disease, asks his now 16-year-old son to take him to his final resting place.

Frank puts Eldon on a horse and starts walking. Along the way, they encounter a healer who gives Frank medicine to administer – hence the title – and as the two sit by their nightly campfire, Eldon recounts the experiences that drove him to drink and, crucially, the story of Frank’s birth.

Three elements make the novel an essential read. First, it’s superbly written. Wagamese uses a poetic voice – not Eldon’s own – to tell the campfire stories, which at first seems odd but ends up working because the prose is so vivid.

Wagamese gives exquisite and fascinating details about how aboriginal peoples live off the land. The old man has taught Frank well. He can fish, find edible plants and shoot game, all of which he does during their journey, to his reprobate father’s amazement.

Best of all, Wagamese doesn’t pander by turning Eldon’s stories into revelations that flood Frank with forgiveness. The boy comes to a new understanding, yes, but the anger still simmers and the slate isn’t necessarily wiped clean.

This is a story both simple and nuanced.

Wagamese will not be able to attend events previously scheduled for this week.