Memo from Chance the Rapper to Toronto: you dont need trap beats to turn up

CHANCE THE RAPPER at Echo Beach, Wednesday, September 28. Rating: NNNMemo from Chance the Rapper to Toronto: you dont need. 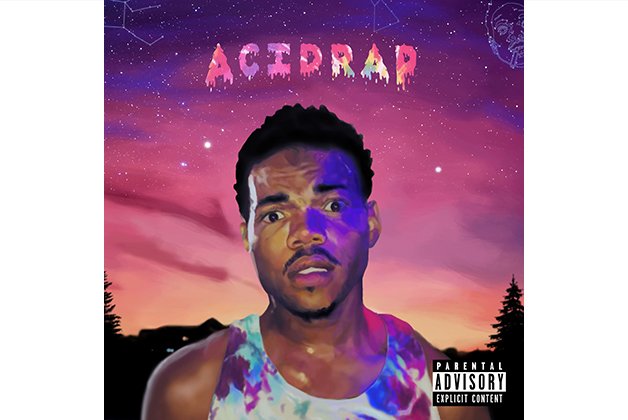 Memo from Chance the Rapper to Toronto: you dont need trap beats to turn up. It’s possible to party to mid-tempo gospel music if you really want to.

The Chicago MC rolled into Echo Beach for two sold-out shows as part of his Magnificent Coloring World tour. The 23-year-old is riding high on his Coloring Book mixtape, one of the years best and most commercially successful rap releases, as well as a guest-laden festival in his hometown last weekend that won rave reviews.

Back on the road, Chance treated Toronto to a puppet show full of cuteness and Christian proselyting.

The young MCs buzz has been boosted by his affiliation with Kanye West, but his performance style more closely recalls the theatrical whims of another Chicago rap hero: Common.

After opening with gospel-led Coloring Book cuts Angels and Blessings, Chance brought out a lion-like puppet named Carlos who repeatedly urged him to take it back rather than play new stuff. This led to a few oldies (Pusha Man, Cocoa Butter Kisses) and much back-and-forth about the path in life you must take: your own or the one others want us to take.

As the show progressed, a chorus line of robe-clad puppets appeared to fill out the gospel parts on Sunday Candy and Finish Line as cartoon visuals filled out the screens. It was a clever and colourful way to realize songs that rely on a multitude of voices without having backing singers onstage, but it also distracted from Chances considerable chops as a live performer.

Early on he paused the show to admit he got carried away and forgot to do an intro. Throughout the set there were pauses or points where he seemed to be intently focused on hitting a mark.

Backed by a keyboard player, drummer and trumpeter, he played all the songs off Coloring Book plus a handful of hits from 2013s Acid Rap mixtape and his verses from West’s Ultralight Beam, Kehlani’s The Way and Action Bronson’s Baby Blue.

Unlike many of his peers, Chance rapped and sang all of his parts without the aid of backing tracks. His fastest raps sounded crystal-clear, and though his singing isn’t overly ambitious, the melodies were simple and perfectly suited to his charming gruff-but-cute timbre.

To perform the ballad Same Drugs, he sat down at a white piano next to a purple female Muppet representing a past girlfriend. It was a beautifully oddball moment that evoked 70s-era Muppet Show. Meanwhile, D.R.A.M Sings Special recalled Peter Pan, as Chance crashed in a bed and a dreadlocked character urged the crowd to cheer loudly enough to wake him up.

Much of the audience knew every word but resisted sustaining a crazy vibe, save for a coterie of screamy fans near the front. It was a windy night, and the echo of their loud and concerted roars made it sound as though a Justin Bieber concert was happening somewhere nearby.

Though many of Chances songs feel more strongly energized by harmony than rhythm, he refused to let the audience off the hook. Rather than bait them with a proven banger, he simply told them to turn up to the downtempo stuff. During an encore of the Coloring Book highlight Summer Friends he ordered them sing the gospel lines and they sort of did for a minute.

The show ended with an oratory based on Blessings (Reprise) that reflected the slight disconnect between Chance and the crowd, which showed up ready to sing a long but seemed bemused by the puppets. (Too stoned?)