Enough with the "trigger warnings." They have become epically ridiculous. 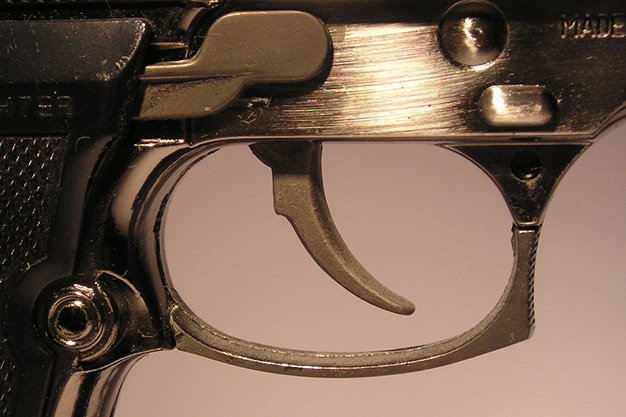 Trigger warning: the following could be traumatic to victims of gender violence who believe it’s less than feminist not to preface debates on the sexual assault trial of disgraced media star Jian Ghomeshi with warnings for rape survivors.

So consider yourself warned.

Just days after the start of trial of the former CBC celeb, I posted my thoughts on my Facebook page.

Here they are, edited:

The too-many-to-count comments that followed called my feminist cred into question.

I was charged with lacking empathy because I kept trying to steer the discussion away from how abuse survivors may react and toward the law as it was unfolding in that Queen Street West courtroom.

Memo to my sob-sister fourth-wave feminists: get over it. Enough with the “trigger warnings.” They have become epically ridiculous.

Columbia University students have demanded that they be slapped on Greek mythology texts because of all those gods raping all those mortal women. At Rutgers, a student wanted The Great Gatsby to be stamped with “suicide, domestic abuse and graphic violence.” Harvard University law students have refused to study rape law because it’s, well, “triggering.”

The use of the phrase “trigger warning” seems to have flourished along with social media. That can’t be a coincidence.

But no matter how many millions of times we tweet #believewomen, #ibelievelucy or any one of the dozens of the recent #rapeculture-related hashtags, it won’t change the legal regime or the fact that gendered violence happens, always has happened and probably always will.

Understand that, as one of the co-creators of the 2014 hashtag #beenrapedneverreported and as a woman who has been subjected to more than my fair share of sexual assaults, I don’t feel I have to make any apologies for my seemingly unsympathetic slant on this case.

I agree that the justice system is flawed. I feel that there should be support systems and advocates for victims. I can see how hard it is for a survivor to come forward, to be the one who calls out a sexual predator when other victims remain silent and ashamed to face aggressive defence lawyers – and then to never see justice get served with an all-too-rare conviction.

But – and this is my second-wave age showing – feminism is not about hiding in virtual “safe spaces” while the real work of achieving equality remains to be done. It’s about organizing, getting out into the streets and fighting back. That’s why the symbol of 60s feminism was a clenched fist encircled by the Venus symbol.

Our feminist forebears marched and were jailed and tortured in order to win the vote. They took to the courts to achieve reproductive rights, equal opportunity, freedom from workplace sexual harassment and, in union shops anyway, maternity leave and equal pay.

Our work is not yet done. The wage gap has yet to close. Subsidized daycare remains a distant dream. Abortion access is threatened. Femicide is far too frequent. And, yes, abusers and sexual predators still have the system on their side – and get away with their crimes.

We’ve not come all that long a way, baby. Not just because the inequities persist, but because we have given up on trying to eliminate them.

And so the best way, the only way, for women to be “believed” is not to talk amongst ourselves in victimista Facebook groups. It is to continue the fight for equality so that we can make the laws, fill the judges’ benches, sit in cabinets, get a say about where tax dollars go and who gets to spend them.

But that will never happen until we pull the trigger on trigger warnings and face the enemy head-on. Because all we’re doing right now is firing blanks at each other.