Dayve Hawk tired of chillwave before it was invented 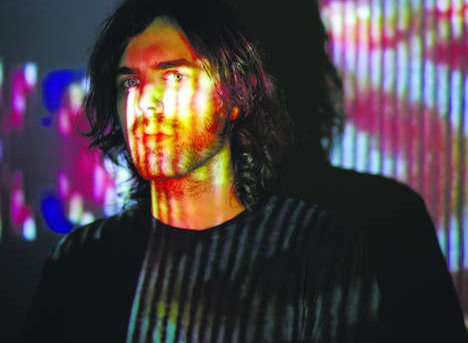 It’s tempting to see Memory Tapes’ newest album, Player Piano (Carpark) as a reaction against being lumped in with the sarcastic-name-that-stuck chillwave movement, but according to Dayve Hawk, he was already tired of the trend before it was even invented.

“The reality is that my music always ends up getting released a long time after I’ve made it. I’d already recorded the majority of this new record before the term ‘chillwave’ was even coined, so it certainly wasn’t in reaction to that,” Hawk claims from his rural New Jersey home studio, on a brief break from touring.

“Basically, because Seek Magic [his debut album under the Memory Tapes name] was influenced by house and disco, I had a rule for this record that I wouldn’t use any dance beats. I’m not really trying to do something better, but, rather, I’m much more interested in doing something else.”

In fact, his upcoming third album is already mostly done, but don’t pay too much attention to reports floating around that he’s ditched his dreamy underwater pop sound for a Black Sabbath-influenced hard rock feel.

“There’s a lot of new music done, but I never said anything about Black Sabbath, so I’ve been trying to clear that up,” Hawk says, laughing. “I suspect that’s something my British label may have put out there. It is more guitar-based, but I don’t think it sounds anything like Black Sabbath. I would love to do that, but I don’t know if I could pull it off.”

Judging from the amount of both positive and negative attention reviewers have paid to the undeniably ripping guitar solo on Player Piano’s Today Is Our Life, it’s possible Hawk is underestimating his axe skills. While his albums haven’t exactly been guitar-heavy, it is his preferred instrument to play live, which has confused some fans seeing him onstage for the first time.

“I got into electronic music because I was bored of indie rock bands and four dudes with guitars, but electronic music is so ubiquitous that I’m almost bored by synthesizers now. Maybe it’s time to go back to guitar and try to find some fresh sounds there, since everyone is using synths now.”

While he’d much rather concentrate on coming up with fresh approaches in the studio, modern music industry realities force him to tour. That means he’s got to squeeze in a lot of studio work when he has a few days off, but he does have a novel approach to remixing other artists that probably saves him a lot of time.

“I just did another remix, and I honestly don’t know who the band is. When I sent it back to the label, I just labelled it ‘remix.’ I’m pretty much game for anything if I have time, and I usually make something with the stems [separated instrument tracks] they send me without ever listening to the original song. People think I’m being purposely vague when I talk about my remixes, but I don’t have any idea who the artist is most of the time.”

Dayve Hawk discusses preferring to work in the studio to going on tour, as well as giving us some details about his current live show: