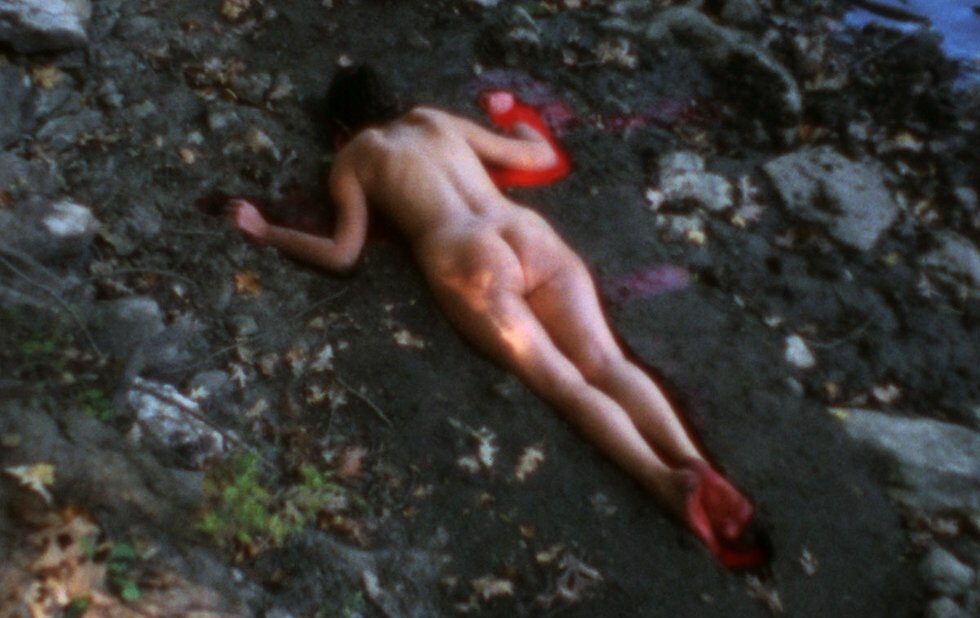 Ana Mendieta, whose life ended violently in 1985, left a body of work that resonates deeply and seems startlingly alive. She dubbed her ephemeral interventions into the landscape – which survive only in short films and photographic documentation – “earth-body art.”

An outline of her body in the orans position – an ancient “hands up” gesture of prayer, often seen in goddess figurines, that predates the Christian hands-together posture – forms the basis for much of her work, including the films and photos from the Siluetas (silhouettes) series on display in the Contact Gallery show, put on in conjunction with TIFF’s experimental program, Wavelengths.

Using earth, air, water and fire, she dug this outline into the earth, filled it with water or blood, set it alight with gunpowder or fireworks, projected it onto trees.

Uprooted as a child in an airlift of unaccompanied minors from Castro’s Cuba to the U.S., she also credited the rituals of Afro-Catholic hybrid religion Santería as an influence. She’s now seen as a voice of the displaced and of the Latino immigrant experience.

She nimbly managed to sidestep easy categorization into movements of the time like land, performance and feminist art.

Unlike grandiose male land artists, she worked in a human scale dictated by her own body. Unlike performance artists, she preferred working alone (with the help of a camera operator) in isolated settings rather than for an audience. Despite their visceral quality, her interventions avoided the masochism and self-dramatization of artists like Chris Burden or Marina Abramovic. 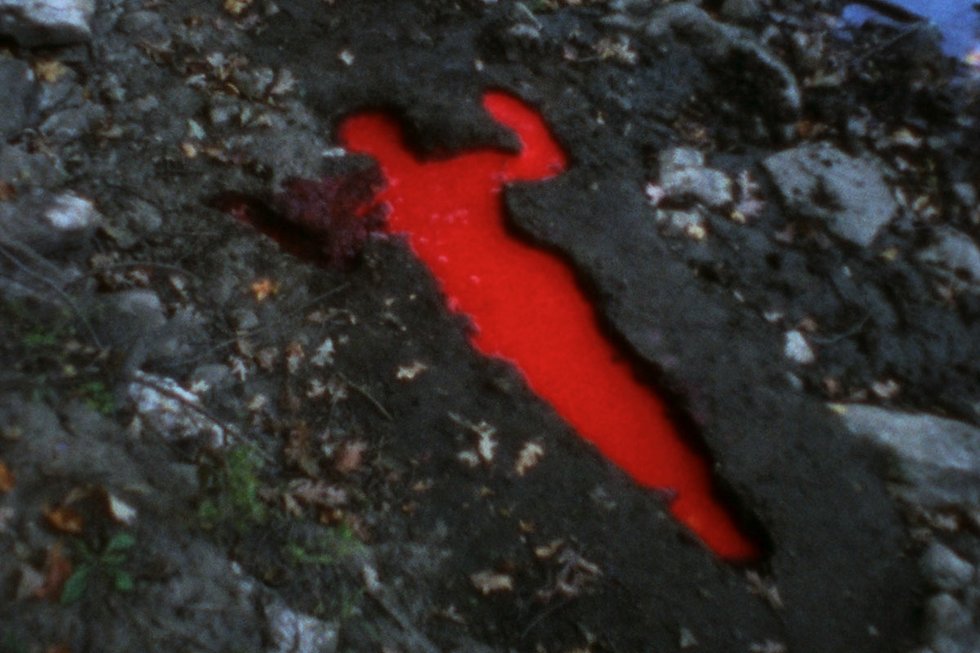 She used the goddess imagery of feminist art of the time, but natural materials and wild places lend it a timeless quality, and her Latina consciousness eventually alienated her from white middle-class feminism.

In 1985, Mendieta fell to her death from the 34th-floor window of the New York City apartment she shared with her husband, minimalist sculptor Carl Andre, who was acquitted of her murder. An argument had been overheard, Andre had some scratches, and friends testified that she had a fear of heights and that her career was on the upswing, making suicide unlikely. The trial divided the New York art scene, and women’s groups still protest outside Andre’s art shows.

Although art writers caution against placing Mendieta into yet another pigeonhole, that of the female victim, it’s hard not to think about works like Silueta Sangrienta, in which she lies face down in a pool of blood, as a kind of premonition.

Mendieta would have been 68 this year, and I can’t help wondering what she would be doing had she lived. Would she be an art world diva? Would she have moved into sculpture, which she was experimenting with at the time of her death, or video and installation?

We’ll never know, but we can still celebrate what she left us in her short career.