Canadian Association for Equality less than forthcoming in bizarre interview 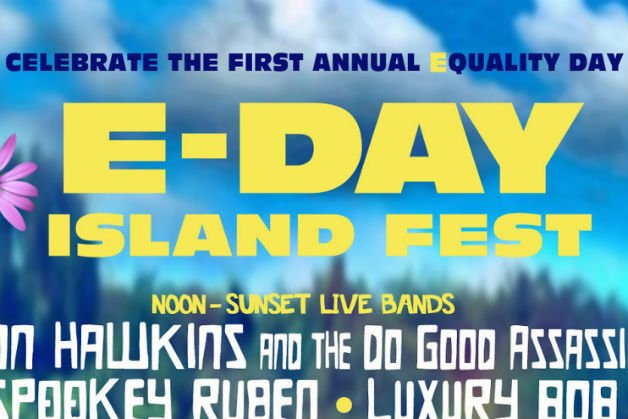 If you’re trying to convince the public that your organization is not a sanitized front for a toxic misogynist movement, you should probably avoid lying when a reporter calls to ask questions about it.

That’s a lesson the Canadian Association for Equality might be contemplating after an interview with NOW Friday.

CAFE’s attempt to stage an “Equality Day” concert on the Toronto Islands fell apart this week when the proposed venue and sponsors were alerted to the group’s alleged ties to the men’s rights movement, a label applied to a broad spectrum of virulent anti-women ideologies that often blame feminism for male oppression.

The host venue and sponsors pulled out of E-Day Thursday, saying that when CAFE approached them they weren’t fully aware of the nature of the event or the group’s cause.

CAFE says it’s committed to improving the “status, health and well-being of boys and men” but is not part of the men’s rights movement. The E-Day debacle has renewed accusations by the group’s critics that it is deliberately wrapping itself in benign language in an attempt to legitimize what it knows is a very controversial mission. No one would object to something called Equality Day, but presumably Equality for Men Day would have raised some red flags.

CAFE plans a scaled down version of E-Day, (less up-with-men jamboree, more leafleting a public space) at the corner of Yonge and Dundas Sunday at noon. The Ride for a Dream event, which combats violence against women, is happening at the same time across the street. We hope to god this is a coincidence.

Ahead of the event we called the group to ask about its beliefs. The bizarre interview that followed won’t do much to assuage concerns that CAFE is being disingenuous about its activities, or that it is trying to put a female-friendly face on an anti-women agenda.

Because CAFE has made clear that it has a different interpretation of the interview than we do, we’ve posted the audio in full so readers can judge for themselves.

Our 14-minute phone conversation with CAFE’s outreach director Denise Fong started off well. We asked what the group has planned for Sunday, and she explained “we’re going to have a conversation about what we do.” She said it’s a chance for the public to come and see what the group is about. She also clarified that CAFE is pronounced the same as “café,” which was helpful.

Then we asked about the press release we received from CAFE that said the organization was “working with support from City Councillors [and] MPPs.” This was surprising because CAFE had previously reported it was having difficulty getting councillors on board. On CAFE’s website they report Councillor Gord Perks said, “I have better things to do with my time” when they approached him.

Fong, who said she wrote the press release about E-Day, would not or could not tell us who the councillors and MPPs were. Instead she passed the phone to a man named Justin (at 3:49 of the interview).

Justin declined to give us his last name, saying he was “working behind the scenes as a volunteer” and wasn’t authorized to speak for the group. He too refused to tell us which politicians are backing CAFE. He claimed that supporters have been harassed, bullied, and sometimes stalked and he couldn’t identify them in order to protect their safety.

We put it to Justin that an equally plausible explanation for his refusal to name names would be that CAFE does not in fact have the support of any councillors or MPPs. He agreed that the group’s critics would indeed say that, which was “perfectly fine. They can say lots of things,” he said.

Then he put Fong back on the phone.

As the interview continued, we could hear Justin speaking in the background. It sounded like he was helping Fong answer our questions. We asked her if the man talking was Justin Trottier, a well-known and controversial critic of feminism whose name does not appear on CAFE’s list of officials. She said no.

We asked again if the man was Trottier, and again she said it was not.

Now, we can’t say that Fong was lying about this. But later we compared our interview to recordings of Trottier’s many previous public appearances, and the man Fong assured us was not Justin Trottier sounded like Justin Trottier. A lot.

As our interview progressed, a pattern emerged. We would ask a question, the man-who-definitely-wasn’t-Justin-Trottier would say something in the background, and Fong would repeat his words back to us.

We thought this was strange, and we pointed it out. When we said it sounded like Justin was answering for her, Fong appeared to take offence. “He’s not speaking for me,” she said. “I am the writer of the news release and I am the one who put this out there so you can speak to me.”

The pattern became more pronounced when we asked about CAFE’s relationship with a Voice for Men (at 10:45), a U.S. online anti-feminist organization. AVFM serves as a hub for the men’s rights movement and its stated mission is to “expose misandry,” “push for an end to rape hysteria,” and address the problems men face under “feminist governance,” among other ludicrous goals.

The site has posted such gag-inducing articles as this one, which describes the perpetrator of the Montreal Massacre as “a feminist hero.” It also re-publishes articles and press releases posted by CAFE.

Fong assured us CAFE is “definitely not” associated with AVFM and does not condone its activities.

“We are not in affiliation with for A Voice for Men,” she said.

We then directed her to a February 27 post on the CAFE website by CAFE director Adam McPhee titled “A Voice For Men’s International Conference on Men’s Issues – Why It Should Be Important to Canadians.”

In it, McPhee previewed a June AVFM conference “conveniently being held just south of the Canadian border in Detroit. A Voice for Men has put together an exciting line-up of speakers,” he wrote. The post included ticket information and directed readers to the AVFM website for more information.

At first Fong said she wasn’t aware of McPhee’s post and denied that CAFE promotes any AVFM events, but she eventually told us “we’ll look into it.” As of Saturday afternoon McPhee’s post was still up, but the line about “why it should be important to Canadians” had been removed from the headline and the paragraph linking to the AVFM website had been replaced by a disclaimer that said, in part, “CAFE is not affiliated with other organizations.”

When we pressed them on their relationship to the group, Justin told Fong who then told us that CAFE has attended AVFM events.

“We attend events to explain how we’re different from them,” Justin said in the background.

“We attend them just to identify our difference from them,” Fong repeated into the phone.

Fong was not happy with our interview. After it ended, Fong sent out a tweet accusing us of being anti-feminist, or worse. “Spoke to reporter @nowtoronto telling me I can’t speak for myself as a girl working for a #mensissues organization,” she wrote, accompanying the post with a “#feminism” hashtag.

The recording of the interview makes clear that we did not tell Fong she could not speak for herself, however. Our exact words (which can be heard at 9:45) were: “It sounds like Justin is speaking for you right now.” Which it literally did at that precise moment.

For the record: we would never say that as a woman, Fong couldn’t speak about men’s issues for a men’s issues organization. What we might say though is that her on-the-record parroting of Justin’s off-the-record answers could be read as an attempt to disarm the criticism that CAFE is anti-woman. It was also kind of creepy.

Needless to say, it has not been a great week for CAFE. But recent news hasn’t been all bad for the group. On May 20 McPhee announced that the Canadian government had granted CAFE charitable status, making it the first organization of its kind to become a registered charity.

The decision will give “a major financial boost” to CAFE, McPhee wrote, but “the real significance is in the legitimization gained for our agenda.”

To be granted charitable status in Canada, a group must prove that it is acting in one of four areas: relief of poverty, advancement of education, advancement of religion, or “certain other purposes that benefit the community in a way the courts have said is charitable.”

We can only hope CAFE was more truthful on their status application than they were with us.