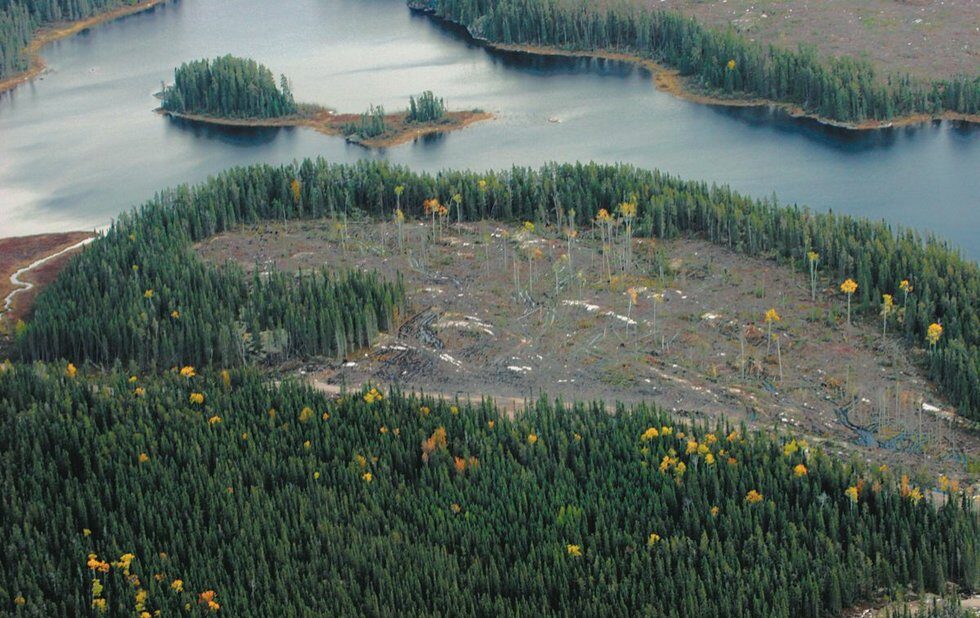 A few dozen youths from Grassy Narrows First Nation packed into the Ontario legislature on June 2 to listen to the province’s elected officials discuss what to do about the community’s mercury-laced water.

A new report, out May 30, points to persistently high mercury levels and suggests that a number of different remediation techniques could successfully clean the lake and river system poisoned by a nearby by pulp and paper mill in the 1960s.

The government has had the report since April, but it took a week of actions by Grassy Narrows youths and elders in Toronto, including a protest outside Queen’s Park, to get the momentum going on talk of a cleanup. The David Suzuki Foundation and Amnesty International, which back the study’s findings, have joined Grassy Narrows First Nation in calling for concrete action.

On June 2, Sarah Campbell, NDP MPP for Kenora-Rainy River, citing the science in the report, pushed Premier Kathleen Wynne for a firm commitment on a cleanup. “Will you tell the young people of Grassy Narrows when this government will start the remediation?”

Glen Murray, minister of environment and climate change, was the one who rose to field the question. Turning to the young people in the visitor’s gallery, he said, “We are past the idea of doing more studies to look at the problem. We are now looking very specifically – working with Grassy Narrows First Nation and the federal government – to figure out exactly what we have to do.”

Shortly afterwards, Murray and Minister of Aboriginal Affairs David Zimmer announced that they plan to visit the northern community. They met with Grassy Narrows Chief Simon Fobister Sr. on June 7.

After decades of dust gathering on studies, the Ontario government seems to be getting serious about cleaning the mercury-contaminated waters of Grassy Narrows First Nation. But for all the polite displays and rhetoric, the province has yet to firmly back the community’s call for remediation.

NOW asked the Ministry of the Environment and Climate Change whether it is moving on the new report’s recommendations.

A ministry spokesperson answered generally via email that “on May 26 we shared a proposed sampling plan with the First Nation through the Mercury Working Group to assess present-day conditions in water, sediment and fish in the Wabigoon River system between Dryden and Clay Lake. This is consistent with the fieldwork recommended in the report and has been identified by the ministry as a first priority.”

John Rudd, lead author of the new Grassy Narrows study, says by phone that mercury levels in the area have not decreased to safe levels in sediments and organisms like fish since the original dumping of mercury in the 1960s.

“We’re quite certain there must be an ongoing source coming from somewhere,” says Rudd.

Normally, natural sedimentation would begin burying mercury and taking it out of the aquatic ecosystem, but something appears to be working against that trend in Grassy Narrows.

Some have hypothesized that the old pulp mill near Dryden could be the source.

Under strong public pressure, the government appears to be taking next steps to study the mercury poisoning problem. But as Murray himself pointed out, this is a situation that has been studied for decades.

A question from NOW on whether a budget has been allocated for cleaning Grassy Narrows’ waters has not been answered by the ministry, beyond a commitment to more fieldwork and a declaration to cooperate with Grassy Narrows.

According to a report by the province last year, one meal of Grassy Narrows fish contains up to 150 times the safe daily mercury limit recommended by the U.S. EPA.

The problem ENR would take years so as not to overwhelm the ecosystem and wouldn’t work in fast-moving sections of rivers, where sediment doesn’t settle and stay.

The science It’s the same as ENR, but done quickly by dumping large amounts of dirt, clay and other clean material into the water to bury the mercury.

The problem Dumping so much material might overwhelm the ecosystem. Very destructive when done over large areas.

The science Inorganic mercury turns into its more toxic form, methylmercury, in the absence of oxygen in deep water. Adding a nitrogen solution or mechanically mixing oxygen into deep water would keep the mercury oxidated and thus less toxic.

The problem If low-oxygen conditions return, mercury can methylate and return to the ecosystem.

The science The mercury-contaminated sediment is removed.

The problem The operation is invasive and might mix mercury-laced sediments back into the water in the process. Rudd tells NOW: “We say we might want to do a little bit of dredging where the concentrations are really high. But in the lakes themselves we actually recommend against dredging. There’s a risk of releasing mercury, and it’s very expensive.”