(And if you don’t like Christmas, just scroll to the bottom of the page.) 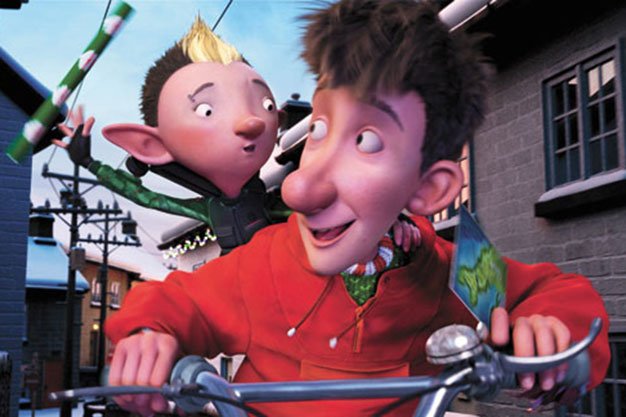 This is the last web column before the holidays, and so of course I have to lead off by begging all of you to give Aardman Animation’s Arthur Christmas a spin. I’ve argued this before, but just to restate the case: it’s the best Christmas movie I’ve seen since Elf. It’s on Netflix, and it’s readily available on Blu-ray and DVD. Try it. It’s wonderful.

I am making this case because being just three years old, Arthur Christmas has yet to be accepted into the canon of holiday perennials that roll into repertory theatres in the middle of December. Here’s a quick list of what you can find in Toronto this weekend, though.

The Royal offers typically atypical holiday programming: the Bill Murray romp Scrooged tonight (December 19) at 7, followed by a special Christmas-augmented edition of Laserblast Video Night at 9:30 pm Saturday matinees of Gremlins at 2 pm and Scrooged at 4 pm and, followed by a 40th anniversary presentation of Bob Clark’s Yuletide slasher Black Christmas at 7 pm and a rare theatrical screening of Warren P. Sonoda’s Coopers’ Christmas at 9:30 pm.

Coopers’ Christmas – written by Jason Jones and Mike Beaver, and co-starring Jones and Samantha Bee as a couple enduring a miserable Christmas in 1985 Mississauga – is another great holiday movie that no one knows about. (Here, read more about it in the NOW cover story I wrote when it played TIFF 2008 under its original title, Coopers’ Camera.) It’s not really a holiday movie in the sense of people learning, or growing, or coming together in the spirit of the season … but hey, neither is Black Christmas.

The Bloor Hot Docs Cinema slips some seasonal programming in between its documentary offerings with a Home Alone quote-along tonight (December 19), White Christmas, Miracle on 34th Street and Bad Santa on Saturday A Christmas Story and Love, Actually on Sunday The Hebrew Hammer on Monday Elf and Christmas Vacation and Die Hard on Tuesday.

Not to be left out, TIFF Bell Lightbox wraps up its mini-run of holiday programming with Scrooged at 1 pm Saturday and Elf at 1 pm Sunday … but really, the return of 2001: A Space Odyssey in 70mm for a solid week starting on Christmas Day is TIFF’s true gift to cinephiles.

That’s all the Christmas stuff. But if you’re leaning in the direction of humbug, I can suggest one other way to pass the time while everyone else goes shopping this weekend: The Shortest Day, a global festival of short films screening on the winter solstice.

The Carlton and the Royal are the only movie theatres celebrating The Shortest Day, but the festival is playing on screens at other, less conventional locations – including public libraries and the International Language Schools of Canada campus at Dundas and University. Take a look at the full venue map to see if there’s one by you!

And if not, well, there’s always Arthur Christmas. Trust me, you’ll like it.