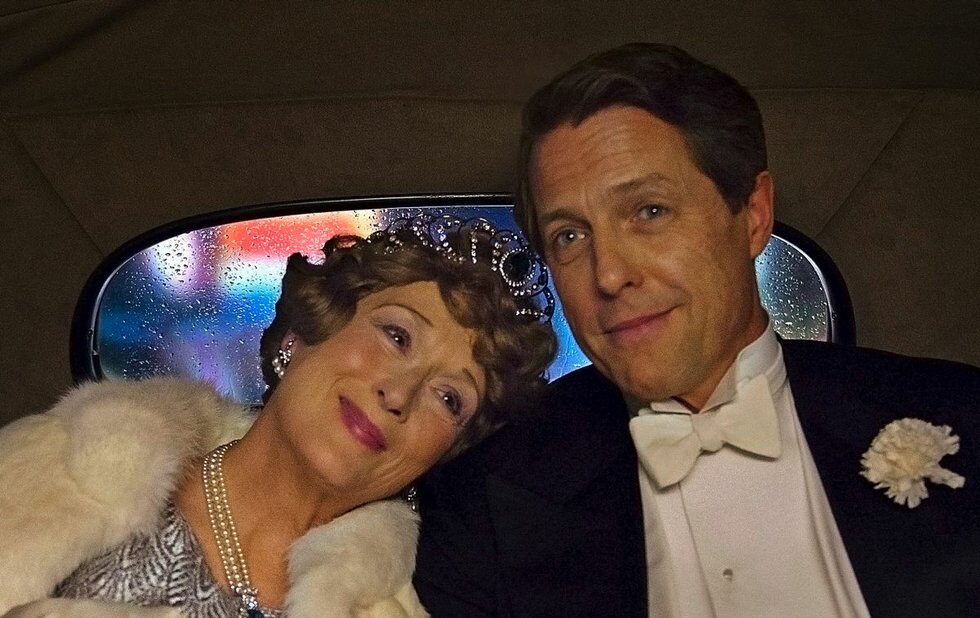 Florence Foster Jenkins is an inspirational tale for the era of ironic celebrities.

Jenkins made one of the most requested concert recordings in the history of Carnegie Hall – quite an achievement for a notoriously bad singer. In director Stephen Frears’s hands, she’s the proto-American Idol failure, portrayed in a moving, honest and human film that reminds audiences of the beating heart beneath any so-bad-it’s-good success.

Meryl Streep has a ball in the title role, playing a wealthy socialite who regularly performs complicated musical pieces with undeniable gusto and not a single correct note. Hugh Grant is her con man common-law husband/boy toy, St. Clair Bayfield, who bribes everyone who attends her performances to help keep her delusions alive. It’s all standard biopic stuff with pretty costumes and obvious jokes, plus a welcome twist of anti-importance.

The leads uphold a bittersweet comic spirit, Grant mixing smarm and charm until they’re indistinguishable, while Streep’s cluelessness slowly reveals a lovably tragic core. Much like Ed Wood, it all works because the filmmakers clearly love their subject while finding her failings hilarious.

It’s an ode to living life sincerely, never mind the inevitable looming humiliation. After all, Jenkins may have been mercilessly mocked for decades, but she’s never been forgotten.