As of yesterday, Toronto residents have a new way to get informed about sexual violence. Safety Information System is a. 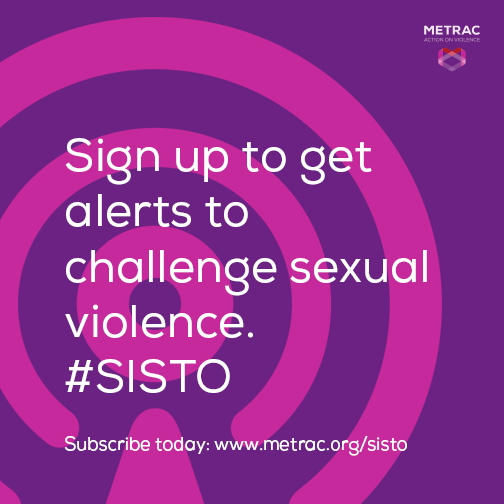 As of yesterday, Toronto residents have a new way to get informed about sexual violence. Safety Information System is a free subscription-based program that delivers police-issued alerts, links to resources, event listings and more to users through text message, voicemail, email and the CodeRED smartphone app. Developed by METRAC, a non-profit dedicated to ending violence against women and youth, subscribers can also receive alerts on Facebook and Twitter using the hashtag #SISTO.

The SIS system is one of those things were hoping will fill some gaps, METRAC program director Andrea Gunraj says. Were hoping that because people will be able to get it directly on their phones, their email or through the app, theyll be able to figure out the kinds of things theyd like to do with it. Its both preventative and reactive at the same time.

The idea for SIS was developed after a string of sexual assaults took place in Kensington Market and the Annex in 2012. Members of METRAC met with community members and police, which helped them draw two conclusions: safety information wasnt getting to residents in an effective way and the media didnt always report on sex crimes happening in the city.

Certainly, there a lot of non-profits and groups in the charity world doing a lot of events and have a lot of tools and great campaigns, but because they dont have the means to reach out, things are not getting to people. They dont know whats going on and they dont feel like theyre really able to get involved, Gunraj says.

SIS subscribers, of which there are around 300 so far, receive information on a weekly basis. The alerts are derived from Toronto Police Services releases, and all other information is gathered by a METRAC staff member. Subscribers can submit information on community programs, events and artistic messages that promote ending violence against women through email. However, Gunraj stresses that SIS is not a tipline for reporting perpetrators. Survivors of rape, sexual assault and other forms of violence are still encouraged to call police.

Everything will be vetted through a staff member dedicated to this project just to make sure the information is appropriate and not reproducing problematic myths or stereotypes. We want to be very careful about that, Gunraj says. The key thing for us is really breaking silence around sexual violence.

In addition to police alerts, SIS will also provide links to resources and community events. In this way, Gunraj says the program is for everyone and promotes inclusivity.

Women are obviously an important audience and experience high risk of sexual violence, but for us, its really important to think about how everybodys involved, she says. We know that transgender individuals have extremely high rates of violence, and their needs and assets are so important to our community. We also feel that men and boys have a huge role to play. Young men have high risks of violence too, not as high as young women, but certainly, they do have insulated risks of sexual violence.

Gunraj says that men can also be allies in preventing violence against women and she hopes that SIS might help debunk myths about sexual violence being a womens issue.

METRAC expects to have 10,000 SIS subscribers by December 2016. Gunraj hopes that the program will help Toronto to become a leader in sexual violence prevention and education.

A lot of the times, people hear about sexual violence but they dont necessarily know what to do, she says. They still feel like theyre being bystanders when it happens. How do I intervene? If someone tells me theyve been sexually assaulted, where can I go? Were hoping SIS will give people tools and the kind of information they need to feel like theyre not bystanders any more and able to be active.