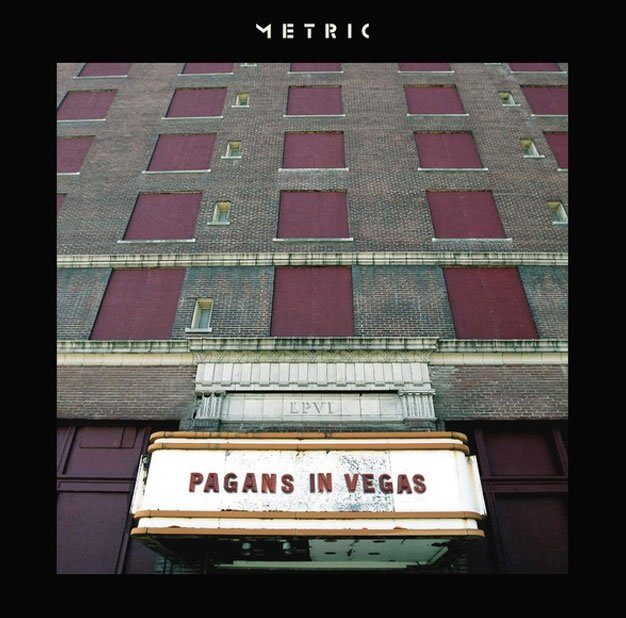 Six albums into their 15-year career, local-band-done-good Metric could easily either stick to the formula that made them successful or tailor their tunes to fit the stadiums they now headline. To their credit, the quartet continue to experiment while still staying true to their synth-pop sound. Pagans In Vegas may not be the strongest entry in the Metric canon, but the juxtaposition of Emily Haines’s robot-girl vocals and pointed lyrics with dark yet hooky melodies remains a winning combination.

There’s no massive Stadium Love-style hit here, though The Shade, with its irritating yet infectious chorus, comes close. Fans might be stymied by the album’s moodier tone and experimental production, but Haines’s sharp-eyed critiques, which temper cynicism with hopefulness, still set Metric apart from the average indie rock band of the moment. Cascades, with its 8-bit blips and bloops, sounds modern without skewing trendy for trendiness’ sake, and while he won’t be taking over for Haines any time soon, guitarist James Shaw’s lead vocals on The Other Side nicely suit the duet’s charming retro-synth melody.

Interestingly, the songwriting sessions yielded enough material for another album, due next year and reportedly moving in a more organic, less electro direction. Given how much Pagans In Vegas sounds like a transitional album, it’ll be intriguing to hear where that one takes them.

Top track: The Other Side