Michael Coren comes out for queers 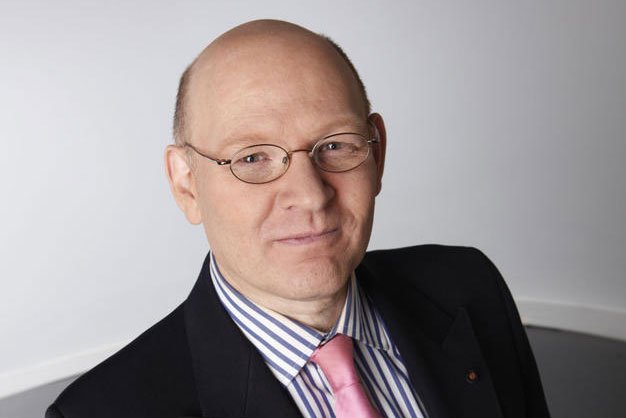 My preferred debate mode is radio, and two of the most fascinating of my professional antagonists in that medium were Michael Coren and David Menzies. I clashed with Menzies on Talk Radio 640’s Oakley Show for seven years, until last August, and with Coren on a daily talk show on Newstalk Radio 1010 during the late 90s.

They were both always very well prepared, but the two are very different personalities. Menzies prides himself on being something of a cultural philistine and often mocked my alternative tastes. But while Menzies is a lowbrow, Coren is a highbrow, extremely erudite and literate, having written a biography of C.S. Lewis.

He could on occasion really surprise me with his opinions. When the subject was Cuba, for example, I was prepared for an all-out attack on Castro’s regime when, shockingly, Coren extolled Castro’s health and education systems and excoriated anti-Communists who were ignorant of Cuba’s achievements.

However, on one subject in particular Menzies and Coren were exactly alike. They both went absolutely batshit on the subject of LGBTQ rights.

Menzies would automatically become hopelessly mocking and cruel, and I’d have to beg him to show at least a modicum of respect. What’s worse is that he couldn’t see his meanness. He honestly thought he was just being funny.

Coren, too, seemed to lose it on gay issues – his tone of voice would become hectoring. He could barely contain himself when I brought my daughter to the studio. Ten years old at the time, this child of lesbian mothers was way too well adjusted, cheerful and happy for his liking. Just encountering her seemed to make him shake.

So last fall, when he was asked on the radio to comment on the demonstration at Queen’s Park against the Liberals’ new sex education initiative, I was shocked to hear him assail the protesters for their homophobia and ignorance.

“What happened to him?” I wondered.

With the release of his new book, Epiphany: A Christian’s Change Of Heart & Mind Over Same-Sex Marriage, I’ve found out.

Coren has done an about-face on same-sex marriage and queer rights and has put himself at professional and personal risk by supporting the LGBTQ community’s aspirations. He’s lost a ton of gigs, and his religious commitment has come under intense fire from Catholic leaders.

His book covers a lot of ground. He outlines the manifold ways he’s come under attack, even by friends. A lengthy chapter analyzing Biblical references to homosexuality will be hugely useful to Christian queers looking for ammunition to persuade other believers that God and Jesus were never haters of gays.

In another chapter, Coren shows uncommon empathy by giving voice to diverse gay Catholics who talk in their own words about being vilified by their church.

Coren is strong and hopeful when he presses what he considers Jesus’s main agenda: love. He’s also critical of those who take the Bible literally on the queer issue – mistakenly most of the time – but on nothing else, including divorce.

However, he does not explain the terror of queer and trans people that can reduce otherwise more or less rational (albeit wrong on many issues) people to babbling purveyors of venom.

It’s telling as well that Coren insists throughout the book that he never expressed hate or meanness to gays. He was just presenting “ideas” that were consistent with his Catholicism. That wasn’t my experience with him.

In fact, at one point – but I’m sure he’s forgotten this – he suggested I was guilty of child abuse for parenting a child outside the traditional norms.

I’m happy that he’s seen the light – so much so that I offered to do an onstage interview with him to help launch his book.

But I remain mystified by the haters – what drives them and whatever it was that made him one of them.