If you forget about Michael Mann's last decade, he's a pretty decent filmmaker 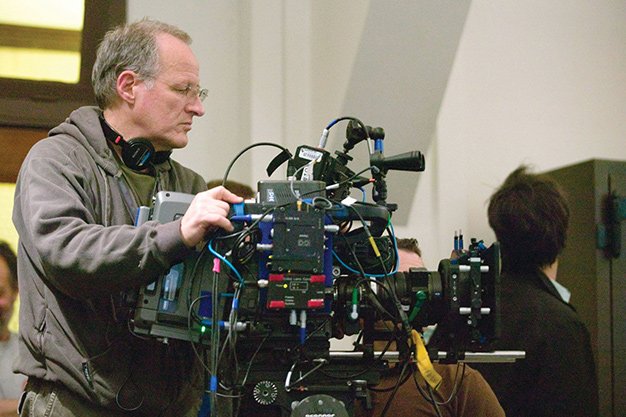 It’s sure handy that Michael Mann’s Blackhat straight-up bombed in its theatrical release last month. My case against the filmmaker is that he’s spent the last decade burrowing ever deeper into his own fetishes and interests, and now he’s finally managed to alienate the audience that was willing to tolerate Miami Vice and Public Enemies.

When Mann is on his game, he’s the best there is.

Just look at most of the movies screening in this near-complete retrospective of his work. Thief, Manhunter (the first screen adaptation of Thomas Harris’s Red Dragon, and still the best), Heat, The Insider and Collateral are things of beauty, their narratives pulsing with suspense and tension, populated by charismatic, hyper-competent antiheroes who are, mostly, positive forces in their worlds.

And consider the respective focal points of Thief and Heat: James Caan’s Frank and Robert De Niro’s Neil McCauley might be criminals, but they’re honourable criminals in a world of scumbags. The line is a little less blurry in The Insider: Russell Crowe’s Jeffery Wigand may work for a cigarette company, but as soon as he recognizes his complicity in the industry’s elaborate cover-up of its product’s toxicity, he goes straight to 60 Minutes.

Mann is obsessed with morally compromised heroes who are The Best At What They Do despite the consequences. Thief’s Frank is an old-school safecracker risking his hard-won freedom for one last score. Manhunter’s Will Graham (William Petersen), an FBI profiler whose ability to empathize with serial killers has unlocked his own darkness and endangered his family, is drawn back into the game to catch a family-slaughtering predator. And Heat doubles down by casting De Niro and Al Pacino as a professional bank robber and the loose-cannon LAPD detective determined to bring him down.

In these three films, Mann infuses intensely detailed procedurals with vivid performances and a distinctive visual aesthetic. Thief is pulsing neon Manhunter is shrieking Day-Glo Heat is all cobalt blue and concrete grey. But they also contain the seeds of Mann’s artistic implosion – emotional distance, questionable dramatic judgment, a tendency toward visual overkill.

The Insider, which followed Heat, finds Mann still clicking along in top form, telling a complex story from the perspective of two top pros – Crowe’s justifiably paranoid Wigand and Pacino’s cynical CBS producer, Lowell Bergman – at a pace and intensity that belie its long running time. Nominated for seven Oscars, it lost every one of them – mostly to American Beauty, which probably still wakes Mann up at night.

The Insider takes place outside of the crime-drama genre, making it as much of a departure as The Last Of The Mohicans or Ali, but its clear moral dilemma gives it a better shape than either of those films, both of which drift into a kind of alpha-male trance state about halfway through.

Collateral returns to men with guns – specifically Tom Cruise’s super-confident hit man, who conscripts cab driver Jamie Foxx into a rampage across Los Angeles – but it also finds him embracing digital video, a choice that undermines the rest of his late-period output.

I know those movies have their defenders – as does Blackhat, inexplicably enough – but I can’t get on board. Yes, Mann is unquestionably an artist and he’s pursuing his vision. It’s also obvious that the vision is a lot blurrier than it used to be. I wish that were just a metaphor.