MICHEL PAGLIARO with TOMI SWICK at the Phoenix. 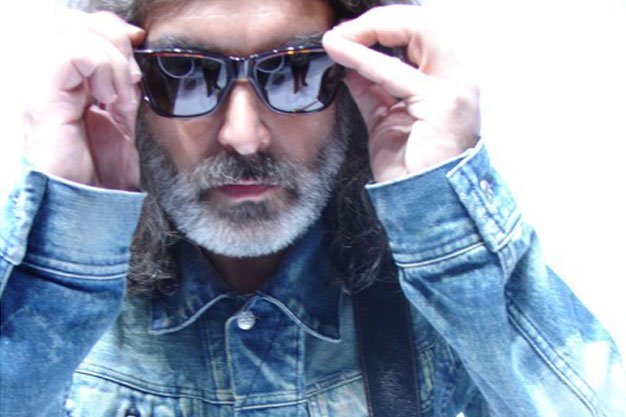 Michel Pagliaro is Canada’s rock ‘n’ roll mystery man. When I suggest this to him, the philosophical songwriter laughs and says, “Well, at least that’s something.”

To some music fans, especially those who grew up listening to radio in the 70s, Montreal-born-and-raised Pagliaro is the king of pop-rock melodies, with hits in both French (La Génération D’Aujourd’hui) and English (Lovin’ You Ain’t Easy, Rainshowers).

But since the early 90s, Pag (as he’s known to his fans) has kept a low profile, showing up occasionally for an appearance on TV singing contest Star Académie or at a 2008 tribute to Leonard Cohen to perform a show-stopping version of The Future.

“If you’re really in need of always keeping your image out there,” he says from a park bench in Montreal, “someone who’s trying to be of a certain commercial value to someone…. I don’t think that’s really where I’m at.”

In the 60s, Pagliaro was a high school guitar hero with a series of bands under his belt, which eventually led to him fronting Les Chanceliers, a beat group whose psychedelic La Génération D’Aujourd’hui rivals any mid-century Nugget.

High school student by day, rock ‘n’ roller by night, Pagliaro eventually found himself working in a studio where he was pegged to record Comme D’Habitude, the song Paul Anka would translate into the Frank Sinatra swan song My Way.

“These things, I’m so detached from them, but I don’t [regret] them. It’s something that gave me opportunities. It gave me recognition, so I could go back to recording my own compositions.”

An independent spirit has always been integral to Pagliaro’s charm. Spend a couple hours on YouTube and watch him transform from a clean-cut Quebecois pop star to a handsome long-haired troubadour, through the leather-clad 80s and into the cool, denim ‘n’ shades rocker he remains today.

He’s still active around his hometown and vows that a new record will be released soon. But for Toronto fans, this concert in conjunction with Canada’s Walk of Fame Festival is an event to jump on. Despite Pag’s longevity, Hogtown has never been his stomping ground.

“I probably played three or four times in Toronto at different moments, different type of venues. Nothing extensive ever.”

“I have no idea. I guess I never got into exploiting myself in that particular city.”