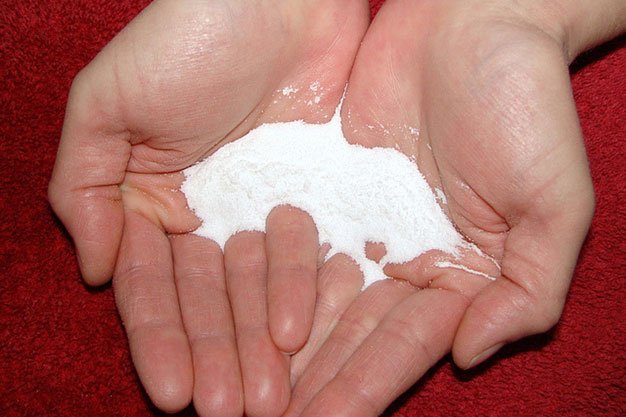 Does your toothpaste or face wash scrub you clean with colourful little microbeads? If so, you may be lathering up with an increasingly outlawed substance.

Scientists and activists have been warning officials about the environmental threat posed by the minuscule petro-particles slipping past wastewater treatment plants into the Great Lakes, where they’re damaging fish and wildlife. On this side of the border, politicians have remained silent on the issue until now.

This week the federal NDP tabled a motion calling on the government to add microbeads to its list of toxic substances. (On the same day, a coalition of environmental orgs submitted a formal request to federal enviro minister Leona Aglukkaq to do the same.) At the provincial level, Liberal MPP Marie-France Lalonde introduced a private member’s bill earlier this month that would ban the manufacture and sale of microbeads in soaps and other personal care products within two years.

Both the federal motion and the Ontario bill (which passed second reading on March 12) are welcomed by those who have been pushing Canada to join the legislative effort south of the border. In June 2014, Illinois became the first jurisdiction in the world to ban microbeads by 2019. Since then, New Jersey passed its own ban, Colorado is nearing final approval and Wisconsin’s senate just passed a similar bill. A law banning microbeads at the federal level in the U.S. was introduced last week.

For their part, some of the biggest corporations responsible for micro-bead soaps and toothpastes have vowed to get ahead of legislative bans. Unilever (maker of Dove, Axe and Simple) removed all plastic beads from products in January (though they may still be on shelves). Johnson & Johnson, L’Oréal and Procter & Gamble have another two years before their phase-outs are complete. The Body Shop says plastic beads should be gone by end of year.

In the meantime, Ontario activists are encouraging people to send letters of support for Lalonde’s bill to Glen Murray, Minister of Environment and Climate Change.