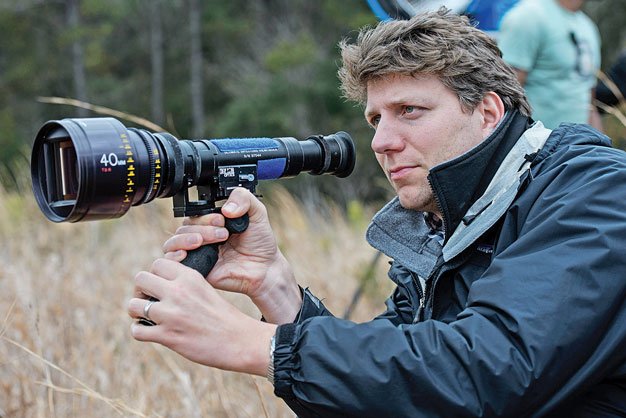 After Shotgun Stories, Take Shelter and Mud, Jeff Nichols delivers his first studio picture Midnight Special, a crackling thriller starring Michael Shannon as a father trying to keep his gifted son (Jaeden Lieberher) out of the hands of some very bad people. We sat down recently to talk about genre inspirations and gambling on his audience’s trust.

Midnight Special shares a vibe with a few classic SF movies from the late 70s and early 80s (titles withheld to avoid spoilers), but it’s very different in its intentions.

It’s the trap that J.J. Abrams fell into with Super 8: his homage was so clear that it kind of left you feeling like he’d come up short for some reason. I definitely don’t want that. This film is not those [other] films. It is my film. It’s inspired by the kind of texture of those films – the inky blacks and blue lens flares, the music – in its general tone. But that’s where you leave off.

But it’s safe to say you’re working in a very specific genre.

Genre is a way to communicate with the audience. I say, “Hey, you like sci-fi chase movies? Well, we’ve got one for you!” Now you’re gonna come in with all these preconceived notions about what that means, and then I’m going to use those expectations against you. I’m going to give you something else.

When you brought Take Shelter to TIFF, we talked about telling a story with the least amount of exposition. This feels even more stripped down.

Yeah, it was a grand kind of experiment. I saw the benefits of removing a piece of information – it happened very specifically in Shotgun Stories and in Take Shelter. I saw how an audience’s mind can be activated by not connecting the dots for them. So on this one I set out to have full control over that process, and it has differing effects on people.

For all the chases and visual effects, Midnight Special is really about a father trying to protect his son, and Michael Shannon – who’s appeared in all your films – is the emotional key. There’s this one moment when he says one word…

And then everything that follows is completely unspoken and devastating. His character is almost blindly driven in the pursuit of what his boy needs, but in the very moment where that plan is finally coming to fruition, he betrays himself. And he betrays himself because he’s a parent. I thought that was a beautiful idea, and I knew I could write it because I had Mike Shannon.