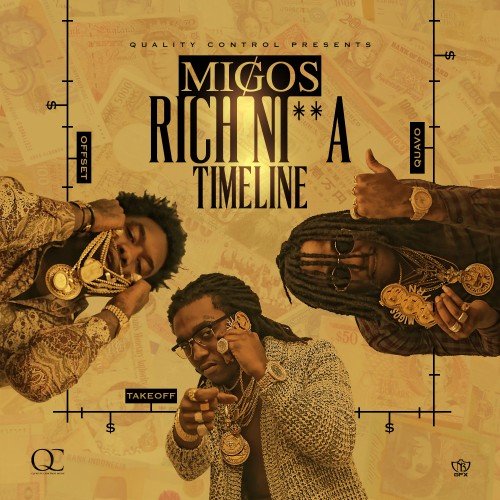 Atlanta trio Migos rap with warp-speed precision. You imagine three guys in the studio riffing off and one-upping one -another with head-spinning verse after head-spinning verse. Their penchant for rhyming in triplets has drawn comparisons to the fast, verbose flows of 90s rap duo Das EFX and trap rapper Gucci Mane, and their style falls somewhere in between.

While Migos are best known for the club hit Versace, they spend much of Rich Nigga Timeline describing how the spoils of their mainstream notoriety are the result of time spent on the margins of society. The 18-track mixtape conveys their incredulity – bluntly articulated on Can’t Believe It – at being alive, much less making a living from music.

What rescues it from utter bleakness is a palpable sense that Migos are having fun. There’s a zany energy to their ad libs and the multiple ways they rhyme – “bachelors” with “spatulas,” for example. However, the mixtape’s lengthy runtime means it gets bogged down in one-dimensional songs about women, covering the same ground over and over again.