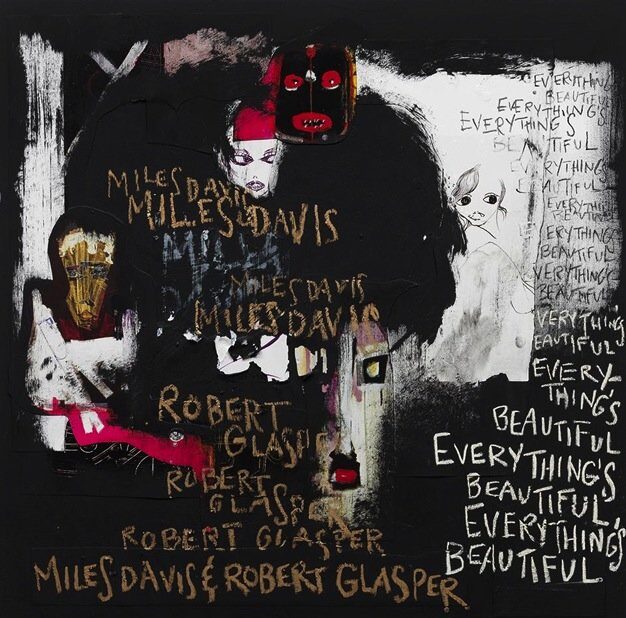 The first sound on Everything’s Beautiful is Miles Davis’s unmistakable rasp, from a session where the tape kept rolling between takes. He’s growling out orders to the band from the engineering booth, cajoling them into playing an arrangement he hears in his head. As he talks, a repeating piano figure crops up moments later, a drum machine drops in, invigorating the old recording with contemporary flavour. “That’s good,” Davis croaks above the shuffling hip-hop groove. “It doesn’t sound corny.”

It’s obvious that Robert Glasper is aware of the potential pitfalls inherent in such a project. This isn’t the first time an artist has scoured Davis recordings to inject a modern context, but Grammy winner Glasper has made a name for himself as a jazz ambassador, a great modernizer of ideas – he was a major presence on Kendrick Lamar’s To Pimp A Butterfly. On Everything’s Beautiful, Glasper spins an album of forward-looking soul from Davis’s catalogue, repurposing recordings into loops and samples and situating melodies in new contexts. Like Davis, he’s enlisted top shredders to flesh out arrangements. Erykah Badu croons over a sultry bossa nova version of Maiysha. On Violets, Phonte raps about his relationship to jazz and blues over a sample from Blue In Green. Milestones is reimagined as a trippy electro-funk jam.

In a way, this could be Glasper’s Black Radio Volume 3: The Davis Edition. However, positioning the album as a tribute runs counter to his forward-looking use of the material. Glasper has said he wants to embody Davis’s spirit by rigorously reflecting his own contemporary moment. It’s hard to think of Davis dedicating an album to reworking the music of an earlier canonical figure. One wonders if it’s possible to balance the artistic and commercial power of Davis’s legacy and not find oneself deep in the cornfield.