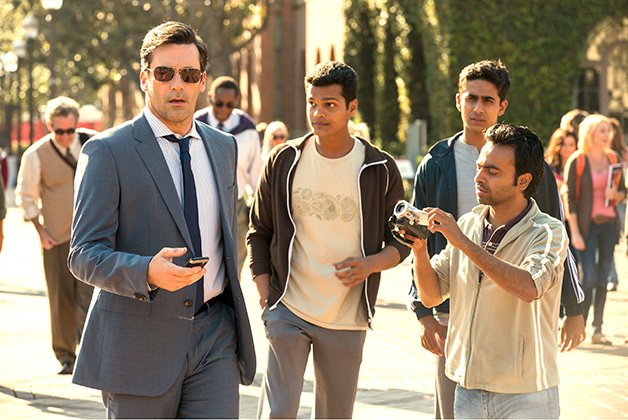 Million Dollar Arm is what happens when you put a Disney summer picture in the hands of genuinely talented craftspeople: it manages to tick every box in the sports-movie playbook while still feeling halfway intelligent and even surprising.

Jon Hamm is effortlessly winning as a sports agent who hits on a scheme to recruit baseball talent from India. Life Of Pi’s Suraj Sharma and Slumdog Millionaire’s Madhur Mittal are likeable and vulnerable as the young men he brings back to train as pitchers, and Lake Bell spikes her scenes as Hamm’s love interest with charm and unpredictable timing.

But the real talent is behind the camera: screenwriter Tom McCarthy (Win Win) and director Gillespie (Lars And The Real Girl) go above and beyond the requirements of their true-life fantasy to deliver a proper movie experience.