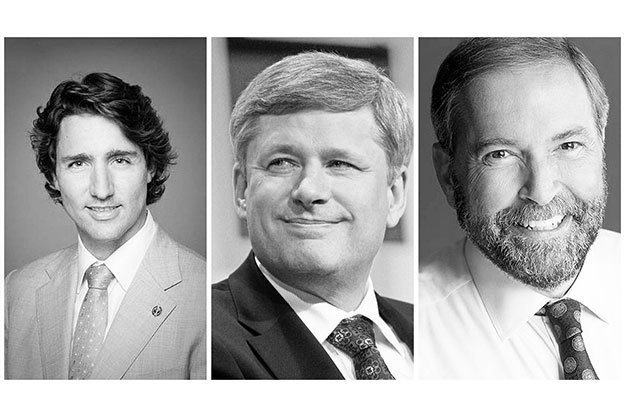 Since 75 per cent of the world’s mining and exploration companies are based in Canada and 40 per cent of global mining capital is raised on the Toronto Stock Exchange, it’s easy to argue that Canada is the world leader in this industry. Mining interests influence international aid, dictate the activities of our foreign diplomats and prescribe the conditions of our multilateral investment and “free  trade” agreements.

When it comes to abuse by mining companies, Canada also reigns supreme. Killings and sexual abuse by security forces and unchecked environmental devastation are regularly reported occurrences at Canadian mining sites around the world. Barrick Gold, the company founded by Peter Munk, does not escape this seeming industry norm.

The company has acknowledged a massacre at one of its mines and compensated 120 women and girls who were gang raped at another of its sites with just over $10,000 each in exchange for signing an agreement not to sue.

Beyond facing charges of human rights abuses, Barrick and Munk’s associated social enterprises have been accused on numerous occasions of thwarting efforts to correct the Canadian regulatory framework that allows these violations to continue. As such, it will be interesting to see how much Canadian mining impunity will feature in the foreign-policy debate hosted by none other than the Munk Debates, at Roy Thomson Hall on Monday (September 28).

According to a 2005 report from the Standing Committee on Foreign Affairs and International Trade, “Canada does not yet have laws to ensure that the activities of Canadian mining companies in developing countries conform to human rights standards, including the rights of workers and of indigenous peoples.”

This landmark report, the result of years of advocacy on human rights abuses at Canadian mine sites, spurred a multi-year process known as the Canadian Roundtables on Corporate Social Responsibility (CSR) and the Canadian Extractive Industry. The Roundtables included public forums and closed-door meetings of industry and civil society representatives. The result was a consensus report on human rights and environmental standards for Canadian businesses abroad. The report also recommended an ombudsperson be appointed to investigate allegations of company abuses.

Despite the painstaking effort, the report’s proposals were ignored by the Harper government, which in 2009 released its own report in response, entitled Building The Canadian Advantage: A CSR Strategy For The Canadian International Extractive Sector. It suggested moving Canadian International Development Agency (CIDA ) funds to support community projects of Canadian mining operations and created, instead of an ombudsperson, the office of the CSR counsellor, a position designed to mediate disputes between affected communities and mining companies. At the same time, CIDA abruptly stopped giving money to organizations, including Kairos, Development and Peace, and the Mennonite Central Committee, that advocated for the human rights of mining-affected communities.

The first CSR counsellor just happened to be Marketa Evans, a former director of U of T’s Munk Centre for International Studies (now known as the Munk School of Global Affairs).  All of the first CIDA grants for mining company CSR projects went to NGOs from the Devonshire Initiative, a project initiated by Evans and named after the street on which the Munk Centre is located.

When the Roundtables report was sidelined, human rights advocates turned to a private member’s bill sponsored in 2009 by Scarborough Liberal MP John McKay to put its recommendations into law. McKay was betrayed by his own party leader, Michael Ignatieff, who publicly criticized the bill.

At the time, Barrick Gold was singled out as one of the companies most active in the campaign to defeat the bill. Its seven registered lobbyists visited at least 22 MPs and three senators. Bill C-300 ultimately lost by a mere six votes, even though the NDP and Liberals together then held a majority.

At the time, Ignatieff publicly denied rumours that he was being considered for a job at the Munk School. Within 16 months of his stunning electoral defeat, Ignatieff was employed at the Munk School. But Munk’s political influence extends beyond party lines. Stephen Harper’s former chief of staff Nigel Wright is the godfather of Anthony Munk’s son. Anthony is Peter’s son and a Barrick board member and contributed financially to Tom Mulcair’s NDP leadership bid.

Despite these ties, a lively debate should be expected if time is given to issues of mining injustice. Unlike Palestine and the tar sands, the parties might actually have different positions on this important issue, and it will be interesting to see whether their leaders support the progressive international mining reforms advocated by MPs like McKay and the NDP’s Peter Julian, who has long asserted that victims of abuse abroad should be able to sue in Canadian courts.

The state of mining injustice today is horrifying, and it’s essential that these issues be aired to curtail the current level of impunity enjoyed by mining companies abroad.