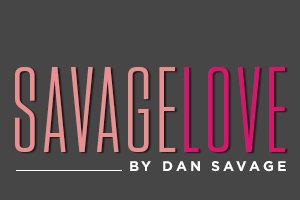 I have been insecure about the way my vagina looks for as long as I can remember. When I was young, I would fantasize about the day I would grow pubic hair long enough to cover its unsightliness. That day never came, and I was left with an enormous insecurity about it. My labia minora is oversize quite a bit. I know that this is not uncommon, but its unattractiveness holds me back from receiving oral sex. I don’t even let my long-term boyfriend go down on me because I’m afraid he’ll think it’s gross and ugly. He assures me that he doesn’t care about the way it looks, but I can’t bring myself to let him do it. Any advice that might help dispel a lifetime of genital embarrassment?

“I study vulvas and vaginas, and what people think of vulvas and vaginas, so of course I want MIM to love hers,” said Dr. Debby Herbenick, a sex research scientist at Indiana University and sexual health educator at the Kinsey Institute. Dr. Herbenick co-authored Read My Lips: A Complete Guide to the Vagina and Vulva, and along with her co-author, Dr. Vanessa Schick, she researched what people like or dislike about vulvas and vaginas. What they learned should come as a comfort to you, MIM.

I would suggest that you get your hands on a copy of Read My Lips, MIM. Dr. Herbenick also recommends Femalia and I’ll Show You Mine, two other books that celebrate the broad diversity of vulvas. “The Vagina Monologues is another must-read,” said Dr. Herbenick, “especially the monologue about Bob. It’s about one woman who, through positive sexual experiences with a vulva-loving partner, comes to appreciate her vulva.”

Which brings us to your partner, MIM. He’s into you and would like to go down on you. If you’re quoting him accurately – if he’s telling you that he doesn’t care how your vulva looks – then he’s doing “assurance” all wrong. He’s saying, “I am willing to go down on you despite the unattractiveness of your vulva,” when he needs to be saying, “Your vulva is beautiful, and I want to go down on you.” Show him this column, MIM, and after he apologizes for screwing up the assurance thing, let him go down on you already.

“What would it cost MIM to allow her boyfriend to try to give her oral sex, even if just for 30 seconds?” asks Dr. Herbenick. “If she thinks she would enjoy the sensations and pleasures of oral sex, if not for her genital embarrassment, why not have a glass of wine or a beer and kick back and see if she can enjoy it even briefly?” Or why not pot, MIM? Speaking from personal experience, pot works wonders for some people with body issues. (Individual results may vary.)

“MIM could do it in the dark if she wants. She should breathe deeply and play music she likes,” said Dr. Herbenick. “Make it less about sex and more about exploration. She might find that she can get over her insecurities. Really! And wouldn’t that be cool and possibly, quite literally, life-changing?

“There are also events MIM could attend, like Betty Dodson’s bodysex workshops in New York (expensive but empowering) that are all about helping women enjoy their vulvas and their sexuality. For a stay-at-home version, MIM could watch Dodson’s video Viva la Vulva by herself or with her boyfriend.”

So let’s say you’ve read the books and watched the videos and attended the seminars and smoked the pot and allowed the boyfriend – also high, perhaps blindfolded – to go down on you, and you feel no differently about your vulva. What then?

“If nothing helps MIM see her long labia for the national treasure they are, then yes, there’s surgery,” said Dr. Herbenick. “And while marketing for labiaplasty has mostly been a thing for the past 10 to 15 years, doctors have been doing these surgeries for ages. A few tips for MIM if she decides to go this route: Her insurance may not cover it and, yes, it can be painful (it’s surgery), and it will take several weeks to heal before she can have sex or even sit comfortably again. A challenge with vulva surgeries, of course, is a possible risk of loss of or change to sensation. There is very little research on the long-term outcomes of these surgeries, in spite of the claims on many surgeons’ websites.”

Dr. Herbenick suggests that if you opt for surgery, you look for a surgeon who has done many labiaplasties. “I’m not a fan of the way some doctors market their surgeries, but, yes, some women feel better about their genitals after getting the labia they want,” said Dr. Herbenick. “MIM should review before and after photos first so she can see what kind of labia she’s likely to have afterward. Many surgeons have a certain ‘style’ that they tend to do over and over again.”

But please, MIM, Dr. Herbenick and I both want you to give books and videos and seminars a chance first. “If MIM is open to receiving vulva-loving propaganda from me, I will gladly send her a care package of books, postcards and other fun things in hopes that she might learn to love her labia,” said Dr. Herbenick. “But I’d also be among the first to send her a congratulatory card on her new labia if she decides surgery is the right option for her. After all, I’m a vulva supporter whether that person’s vulva is the one they were born with or the one they had made for themselves sometime later in life.”

This girl just hit a bump with her boyfriend. I offered to do something he secretly wanted to try, and he said, “Urinate on me.” I get the fantasy – surrender, being marked, the naughtiness. However, I can’t imagine liking it and I do not want to build it into our repertoire. Set aside that I have no idea how to do it so it’s sexy, safe and sanitary. Is it okay to negotiate “one-and-done” and put it on my “No” list afterward?

You can certainly negotiate a “one-and-done” agreement, WAW, but if you find the idea of pissing on your boyfriend upsetting – if the thought doesn’t just leave you cold but actually revolts and/or traumatizes you – then you don’t have to go through with it. (You’re not trapped in some piss-fetish version of The Merchant of Venice, WAW. You don’t need a Portia to rescue you from this verbal contract.) As for sexy, safe and sanitary: you don’t have to find it sexy, he’s not going to drown, droppeth your gentle rain upon him in the tub.

No butts about it

Some sexual interests and/or limits are too complicated to be expressed with a simple term, NFB. So you’ll have to use your words: “I love having my butt played with – cheeks, crack, coin slot – but my butthole is off-limits. Get on my ass, not in it.”

On the Lovecast, Damon L. Jacobs on the PrEP controversy: savagelovecast.com.