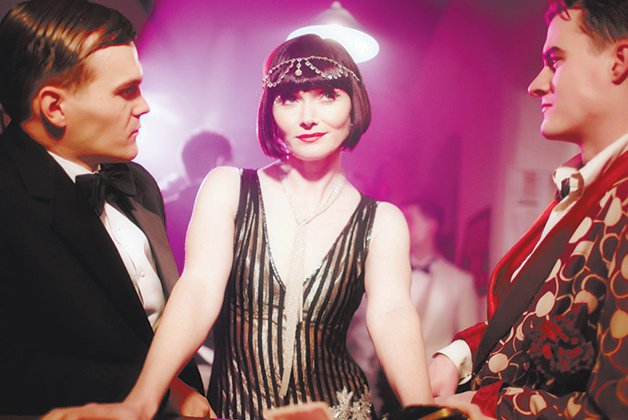 Essie Davis gets to wear 150 costumes as Miss FIsher.

Essie Davis gets to wear 150 costumes as Miss FIsher. 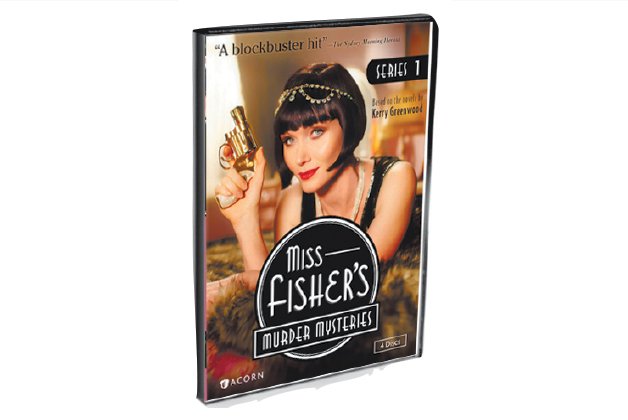 Diverting couch fodder for whodunit buffs, Miss Fisher’s Murder Mysteries brings something new – a very modern woman in a period setting – to the classic formula of amateur sleuth, clues you can follow, lots of suspects and a light comic tone.

Phryne (pronounced FRY-nee) Fisher, private detective in 1928 Melbourne, is smart, observant, brave, witty, glamorous (star Essie Davis gets 150 spectacular costumes in the 13 one-hour episodes), sophisticated and competent in the action bits. She takes lovers and is socially progressive, particularly when it comes to the empowerment of women and girls.

Davis has a ball with Phryne and finds the perfect foil for her flamboyance in Nathan Page, who makes police detective Jack Robinson smart, restrained and likeable.

Lovely, varied locations, costumes and props make the episodes handsome and occasionally lavish. The 40 minutes of extras show how they did it and feature some enthusiastic remarks by Kerry Greenwood, author of the novels on which the series is based.