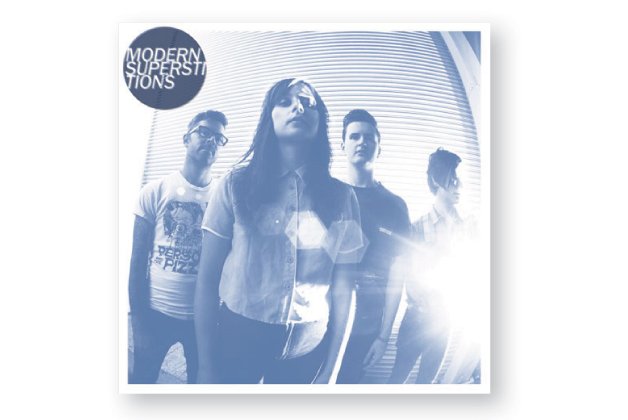 We’ve been following Modern Superstitions since they were teenagers playing hook-heavy garage rock as the Superstitions. A name change and several EPs later, it’s apparent from their debut full-length album that our early support wasn’t misplaced. The catchy choruses and youthful urgency are still there, but now there’s a complexity and maturity that were only hinted at previously.

Produced by Fucked Up’s Ben Cook and Holy Fuck’s Brian Borcherdt (band name theme unintentional), their debut sees them leaving behind the 60s trappings of their earlier work for something closer to 80s guitar pop, without coming across as overly indebted to any era. Lead singer Nyssa Rosaleen still sounds like a more soulful Debbie Harry, but musically this is closer to a punked-up Pretenders. It feels like we’ve been waiting forever for this full-length debut, but rushing it would have been a mistake.