Check out the second season of Netflix's flagship. 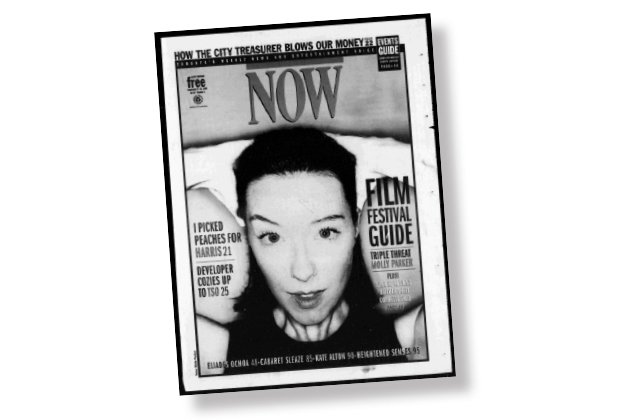 Check out the second season of Netflix’s flagship series, House Of Cards, and you may recognize the woman playing the third-term member of congress from California, Jacqueline Sharp. That’s Molly Parker, Canada’s one-time indie film darling.

When she was NOW’s cover subject, she was on the brink of losing that indie status, appearing in three films at the Toronto International Film Festival, including the major release Sunshine, starring Ralph Fiennes.

Even while starring in a trio of pics, Parker worried about getting work (page 53 of the September 9, 1999 issue), but almost immediately excelled again and again. Since 1999, in addition to extensive film work, she’s made a ton of premium-quality TV, scoring roles on Six Feet Under, Deadwood, Dexter and more.

In House Of Cards she plays a wily politician who may either aid and abet the ambitious Francis Underwood (Kevin Spacey) or mess up his quest for power. Playing a cool character is rewarding enough. Acting alongside Spacey makes it that much sweeter.

Travel back in time with NOW’s online archives. See all the articles, the photos, even the ads on every page of every issue, as originally printed. Just use the cool new searchable viewer online at nowtoronto.com/archives