NOW MagazineLifeEducationU of T’s Molly Shoichet racks up the prizes

U of T’s Molly Shoichet racks up the prizes

Studies by the chemistry researcher advancing stem cell ­possibilities, protein delivery and much more have made her a ­science star 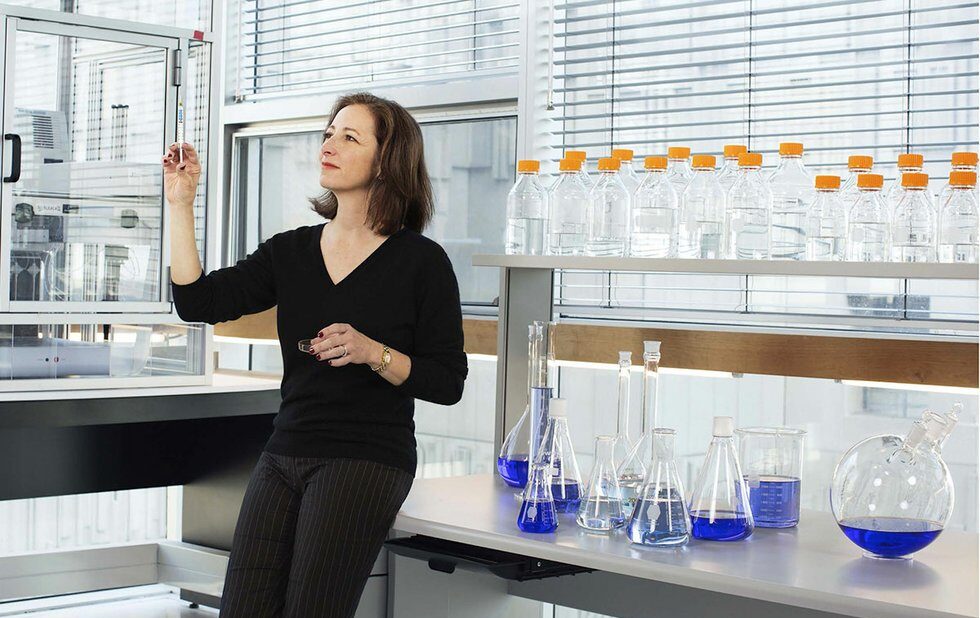 An award-winning University of Toronto professor and researcher has been turning heads for her innovative work in stem cell science and drug delivery systems.

Molly Shoichet, a professor in the department of chemical engineering and applied chemistry and the Institute of Biomaterials & Biomedical Engineering, won the 2016 Till & McCulloch Award, which recognizes Canadian stem cell researchers, for her studies related to the use of hydrogels for stem cell transplantation.

Her work looks at how to help transplanted stem cells survive and better repair damaged tissue in the brain and eye.

When Shoichet and her team injected stem cells into the back of the eyes of blind mice, they discovered that vision was restored in the animals by 15 per cent.

“We’re very excited about this data,” she says in an interview, “and we hope to do more trials to see how we can make a difference in people’s lives.”

Recently, she and several U of T researchers published a paper in -Science related to protein delivery processes.

You know those drugs that promise a slow release over 24 hours rather than working instantly?

You can hear the excitement in her voice as describes the problem. “The challenge with proteins is how to keep them in the body and deliver them in a sustained way.”

It’s made more difficult by the fact that proteins are very complex structures, as if they were ribbons twisting and turning in many directions. If they twist the wrong way, they can lose all their potency and become ineffective as a drug.

Her team found a new way to deliver proteins by housing them in hydrogel substances, and they also closely studied protein engineering to come up with a better system to release proteins into the body.

As if Shoichet weren’t busy enough, she’s also co-founded a digital media network promoting Canadian scientific research. Research2Reality (R2R) offers videos and text summaries of studies and research projects, ranging from a study on gambling addiction by a U of T prof to a look at ways to use electricity to generate hydrogen and bypass fossil fuels by University of British Columbia researchers. So far, the site has created around 100 videos.

When she speaks about cheerleading Canadian science, her words are suddenly hurried, as if no one has asked her about R2R’s mission in a long time and she can finally share more about what inspires her as a scientist and researcher.

“We want to wave the Canadian flag of research,” she says. “And what’s fascinating to me is that very few people are taking advantage of video to tell the stories of Canadian science, even though video is the currency of today’s youth.”

Shoichet has won numerous awards: the 2015 Fleming Medal and Citation from the Royal Canadian Institute, in recognition of her outstanding contributions to the public understanding of science a 2015 L’Oréal-UNESCO For Women in Science Award (which netted her $140,000) induction in October into the U.S. National Academy of Engineering as a foreign member, which she calls a prestigious honour.

With Michael Cooke, Shoichet co-founded Hammock Pharmaceuticals, a start-up that aims to create an analgesic to treat post-surgical pain. Hammock is currently raising venture funds to advance this product from the animal model to the clinic.

Dean Cristina Amon of the Faculty of Applied Science & Engineering at U of T says about Shoichet, “As a world-leading researcher and educator with a remarkable record of innovation and discovery, she is an exemplary ambassador for the vital importance and impact of scientific research on our society, our well-being and our future prosperity.”

What Shoichet is most proud of in her 20-plus years at U of T, she says, is “tackling big problems in human health – and there are no easy solutions. What motivates me every day is looking at the basic science, looking at new ideas and developing new strategies to test those ideas.”