Money For Nothing: Inside The Federal Reserve 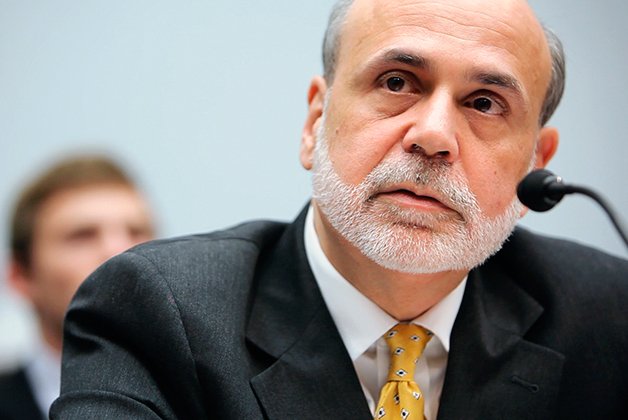 The Federal Reserve Banks Ben Bernanke makes cents of it all.

I have a feeling that Money For Nothing: Inside The Federal Reserve will only appeal to economics geeks, and those people already know everything it has to tell them.

Jim Bruce’s laboured documentary recounts American economic history in full in the service of a thorough explanation of the workings of America’s Federal Reserve Bank, which shapes the U.S. economy by setting interest rates, printing money and saying reassuring things when the raging monster that is American capitalism starts to eat itself. (Turns out Fed chairman Alan Greenspan was surprised every single time that happened on his watch – and it happened more than we think.)

Bruce surely has the best intentions, but his gimmick of explaining financial concepts with familiar clips from Frankenstein and It’s A Wonderful Life was square when Michael Moore did it 20 years ago. He also uses a well-worn clip of a nuclear blast to illustrate the concept of “economic implosion,” except that a nuclear bomb explodes rather than implodes. I have a hard time forgiving something like that.

Money For Nothing can’t help but feel superfluous and tepid when compared to something like Charles Ferguson’s 2010 Oscar-winner Inside Job, which blended historical insight with a furious moral certitude. This film just sort of sits there.