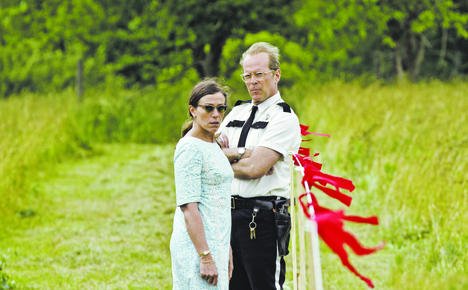 Frances McDormand and Bruce Willis star in one of the saddest comedies youll ever see.

Moonrise Kingdom might be Wes Anderson’s purest work yet – a tender tale of longing and melancholy as seen through the eyes of a handful of people on an isolated (fictional) island off the coast of New England.

It’s the first week of September 1965, and 12-year-old pen pals Sam (Jared Gilman) and Suzy (Kara Hayward) have run off together – he from the local Scout troop, she from her boring family home. A search is launched that eventually expands to involve her parents (Bill Murray, Frances McDormand), his entire Scout troop – led by Edward Norton, in a role that seems to have been written for Owen Wilson – and the island’s police captain (Bruce Willis), all of whom have issues of their own.

Think Badlands without the murders or Zabriskie Point without the apocalypse. Anderson is working the same themes of messy youthful rebellion, but in an entirely different register – and, arguably, from a more mature perspective. It’s also one of the saddest comedies you’ll ever see, though that’s by no means a criticism.

Anderson’s usual fascinations – grown men who act like children, odd little communities that form surrogate families, the burning fire that is devotion, a young man’s slow realization that grown-ups are no more in command of the world than their children – are all present and accounted for, along with his instantly recognizable formal compositions and exacting production design, which surrounds the characters like a warm blanket.

But Moonrise Kingdom isn’t a slave to its period bric-a-brac the way his last live-action film, The Darjeeling Limited, was a prisoner of that Louis Vuitton luggage. This film brings its moving parts together with a subtlety and a grace that Anderson hasn’t managed since Rushmore.

Nearly a decade and a half later, he’s traded that film’s brash confidence for something closer to world-weariness. His characters may still be lost in their own worlds and struggling with unarticulated regrets, but now there’s an understanding that some of these wounds can’t be salved, but might be lived with instead.