World Peace Is None Of Your Business (Harvest/Capitol) 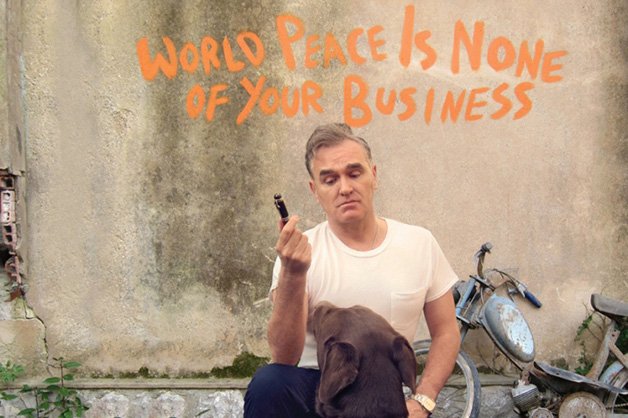 Had Morrissey’s last album, Years Of Refusal, not been such a great one, it would be easier to be positive about the new one. However, when my only notes after several listens are “too long” and “oh god, is he rapping?” it’s clear that something went very wrong in the last five years. He’s gone from fiery to barely lukewarm.

Part of the problem is the departure of long-time collaborator Alain Whyte, who’s been replaced by keyboardist Gustavo Manzur. Manzur adds new textures and really helps expand Morrissey’s sonic pallette, but there’s some missing chemistry. The rockabilly and glam rock references are greatly missed, while the lounge pop additions aren’t particularly welcome, which could also be the fault of producer Joe Chiccarelli. But the biggest problem is Morrissey himself, who sounds like he’s trying to be clever rather than actually demonstrating that infamously razor-sharp wit.