Get a load of Moss Park’s new mini-market 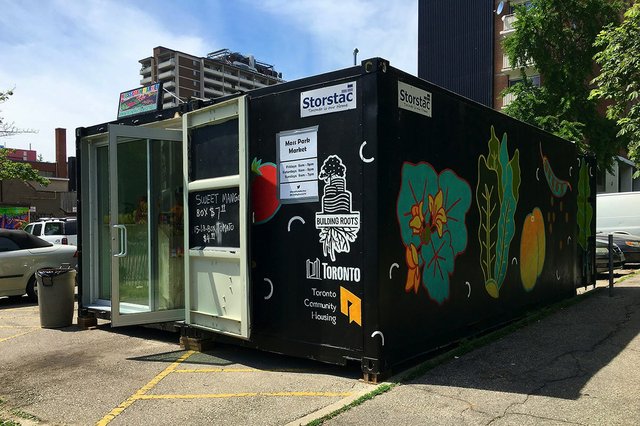 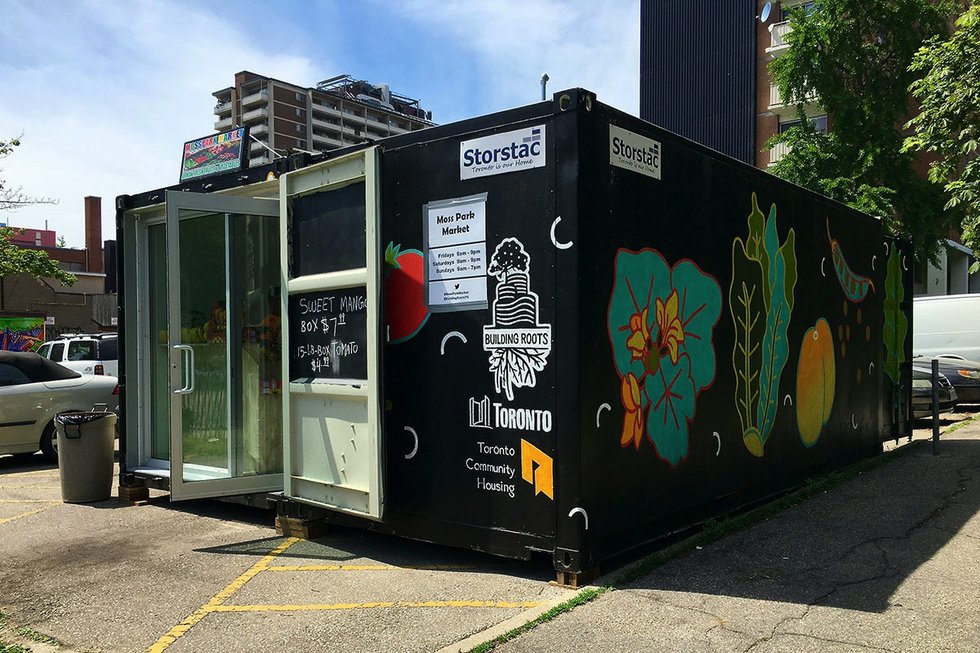 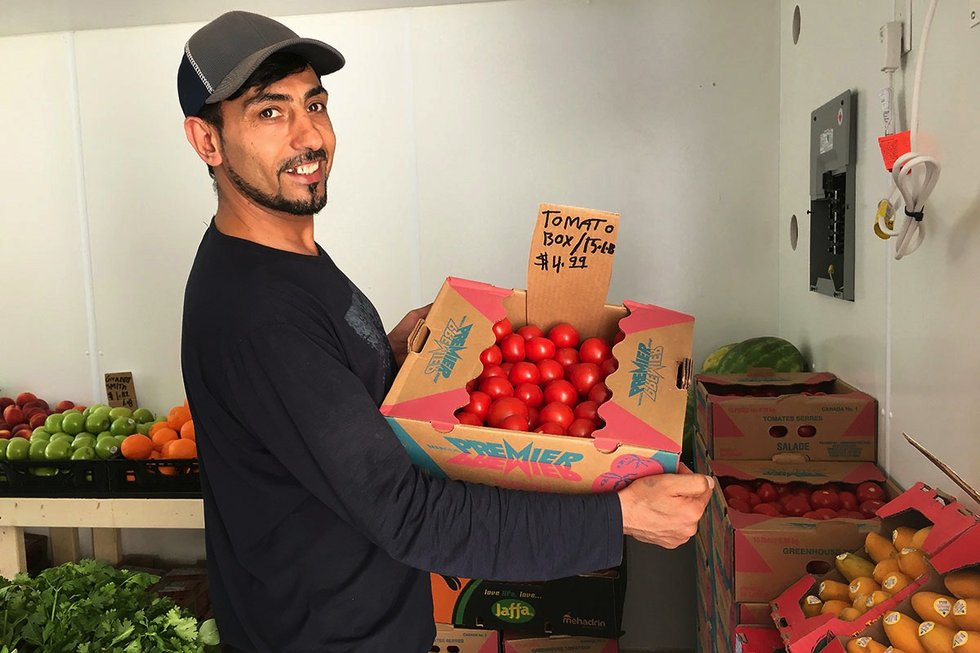 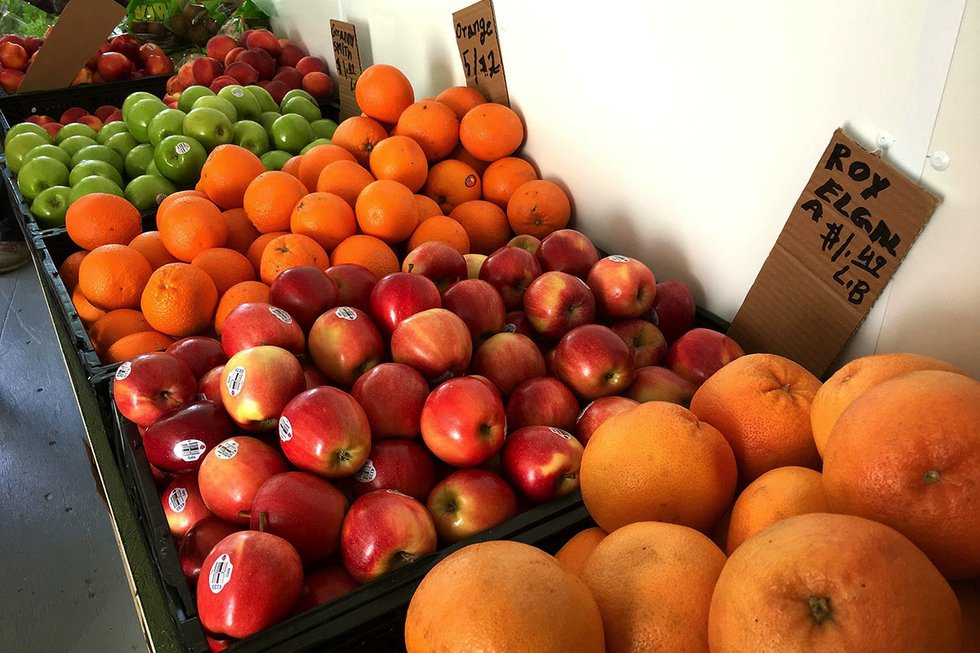 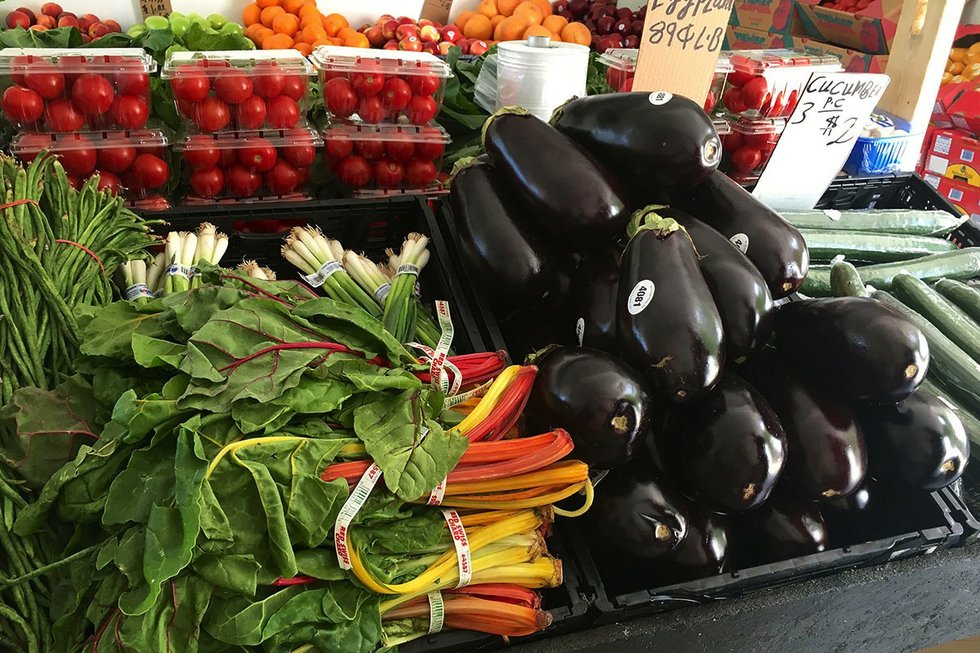 The food desert of Moss Park has given way to a tiny oasis. On the front lawn of the Toronto Community Housing apartments at Queen and Berkeley stands a brightly painted pair of shipping containers. Inside is a tiny produce market with shelves stocked to the brim with ripe fruit, veggies and herbs.

“The residents wanted all the basics of fresh, healthy food, which they don’t have access to in the area right now,” says Darcy Higgins, a partner in the group.

Adds co-partner Lisa Kates: “Transportation’s a problem [for] people with disabilities, seniors, mothers with kids. We thought, ‘Well, the easiest solution is to bring the food to them.'”

The structures, donated by container firm Storstac, will soon be outfitted with AC and heating, allowing the market to run Friday through Sunday all year round.

Overseeing the market is Wali Barak, who ran a produce stand in Regent Park for nearly two decades and is using his produce-buying connections to secure discounts that he can pass on to the community. The selection will cater to the largely-South Asian locals mangoes, root veggies and green long squash are among the offerings.

“In this area they don’t have much money,” says Barak. He points to a 15-pound box of Ontario tomatoes that would normally sell for $20. Here it’s $5. “With the $15 they have left they can pay the cable bill, the telephone bill. If you save some money to do something else, it’s like a chain.”

Another benefit: creating a sense of community. “It’s all about getting people to connect and making it a safer space,” Higgins says. “Residents say they don’t feel safe coming out here.”

Barak he says he saw a similar transition happen at Regent Park. “When I started 15 years ago, people got to know each other through my stand. Once you know a person, they’re no longer a stranger.”