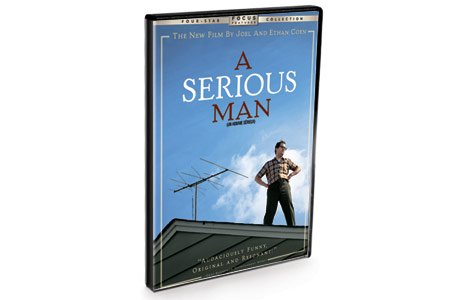 Here’s another Coen brothers exercise in the futility of looking for answers. It’s been a dominant theme in their work since Blood Simple, and usually takes the form of the audience knowing what’s happened while the characters are left scratching their heads. Think of Tommy Lee Jones in No Country For Old Men.

Life goes wrong for Larry Gopnik, a 40ish physics professor in 1967 suburban Minneapolis, in the wake of his wife’s request for a divorce. Larry wants to know why everything has changed and how he should live now. He seeks advice from the local rabbis.

Michael Stuhlbarg gives Larry a slight comic edge by playing him as habitually ineffectual. At the same time, the visuals create a subtly oppressive sense of foreboding. As a result, the film – just nominated for two Oscars, including best picture – feels, in conventional terms, like all set-up, no payoff. In another way, it’s a quiet meditation on everyday spirituality.

The doc on recreating 60s suburbia is the most fun of the skimpy extras.