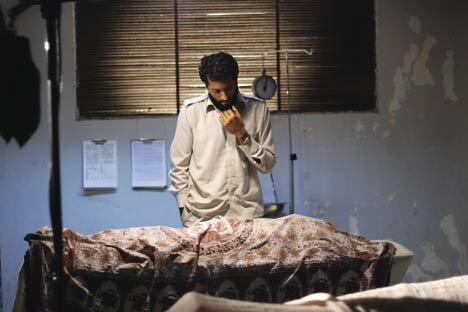 White Dogs bite is just as powerful as its bark. Photo Courtesy of the Criterion Collection

Along with numerous other pleasures, Amal delivers great views of New Delhi and its people. First-feature director Richie Mehta works the long shots for the city’s magnificence and beautiful light, then gets in close to reveal the lively, outgoing people and the squalor they live in. The result is a sense of absolute realism.

That realism, says Mehta in his insightful commentary, is necessary to sell a highly unrealistic story. One day, rickshaw driver Amal (Rupinder Nagra) is civil to a cranky old passenger, who responds by leaving Amal his entire fortune. This launches the old man’s relatives and partners into a search for Amal and schemes to get the money for themselves. Amal, unaware of any of it, has his own problems meeting the hospital bills for an injured street kid.

This may sound sugary, but it isn’t. Mehta knows the value of understated dialogue and emotion. Check out the short film in the extras and you can see how he’s refined his work.

The cast blends so well into the street life that the film sometimes feels like a documentary, but the leads are established Indian pros, except for Nagra, who’s from Hamilton. You’d never know it.