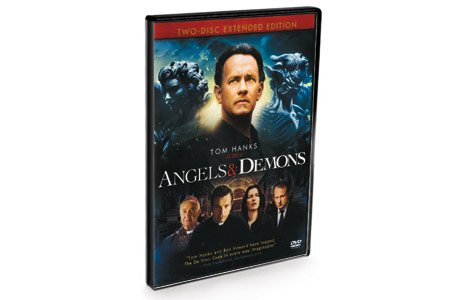 The Da Vinci Code’s super-scholar Robert Langdon (Tom Hanks) is summoned by the Vatican because the pope has died, the four cardinals most likely to succeed him have been kidnapped and the clues point to the work of an anti-Catholic secret society. There’s also an anti-matter bomb set to blow at midnight, which necessitates the presence of a female physicist (Ayelet Zurer).

Landgon, the physicist and various cops race about Rome looking for the secret signs that point to the cardinals and the bomb. Then he explains the secret meaning to some statue we’ve barely glimpsed and never heard of. It gets boring fast.

There’s no emotional involvement until the end when the villain realizes the jig is up and heads for the exit. There’s nothing you’d even call thrilling until the 50-minute mark, when Langdon gets close enough to one of the kidnapped cardinals to take a shot at rescue and thereby put himself in peril.

Fortunately, we can fall back on incidental pleasures. Ewan McGregor, Stellan Skarsgård and Armin Mueller-Stahl are all excellent actors having fun as good and bad cops and priests. Director Ron Howard makes fine use of his Rome locations and knows how to convey a sense of speed even when nothing much is happening.

The extras are short but fun, particularly the doc on anti-matter.