Nothing comes close James Cameron's cinematic achievement – give it the Oscar! 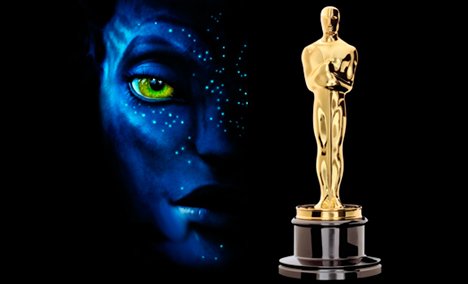 So what if James Cameron has an ego the size of the Titanic.

That’s obviously what it takes to complete a project with the magnitude and beauty of Cameron’s Avatar. The movie revolutionizes CGI and animation and there has never been anything like it.

So why is everybody climbing on The Hurt Locker’s bandwagon?

I’ve heard all the complaints about Avatar’s story and I agree that, as dialogue goes, it’s not exactly Shakespeare. But it’s no worse than the screenplay for The Hurt Locker, the film that’s turned into the frontrunner for the best picture award and which hasn’t got much of a script at all. What it does have is incredible tension and mood, a credit to director Kathryn Bigelow, and a decent subtext about American soldiers’ naivete in their dealings with the Iraqis.

But story? Not much.

So why isn’t anybody complaining about that?

Because Bigelow, at least on the face of it, isn’t a braggart like her ex Cameron. It seems unbelievable to me that moviedom’s critical community has been complaining that Cameron’s acceptance speech at the Golden Globe Awards ceremony was an exercise in self-aggrandizement, enough to turn Academy members off. Look at the movie, not the personality of the filmmaker.

And besides, didn’t Roman Polanski take the screenplay director’s award for The Pianist, despite his statutory rape charges? What gives?

Then there’s the claim that Avatar’s narrative is racist, you know, all about the white guy swooping in to save the indigenous peoples.

That’s not actually the story.

All Jake does is move in to give the Na’vi people a key piece of intelligence, that the Sky People are about to invade. In the end, it’s the Na’vi themselves whose love of the earth and its creatures saves the day.

Avatar actually has much better political values than Bigelow’s film, which is pointedly apolitical. Cameron puts his politics all over the aesthetics of Avatar: the Sky People’s steel black weapons of destruction versus the fantasmagorical spectacular brilliance of the Na’vi battalions.

Is it the astounding box office success that’s taken the shine off Avatar? If so that’s pretty ironic, since everyone thinks Sandra Bullock will walk off with the best actress statue because The Blind Side made over 250-million clams.

Speaking of which, I’m one of Sandra Bullock’s major fans but she has no business beating Meryl Streep this year.

Her turn as Leigh Ann Tuohy isn’t even as good as her performance in Miss Congeniality – she should have been nominated for that laugh alone. It’s one of those situations where people are voting for the character, and the writing behind it, not the performance. And if the Academy likes to honour a career, how come Juliette Binoche beat Lauren Bacall?

It used to be that the Oscars, though weighted towards the literary and “worthy” narratives – Gone With The Wind did beat The Wizard Of Oz – did have something to do with quality. But if both Avatar and Streep both lose their major races, the Academy’s lost whatever credibility it had.