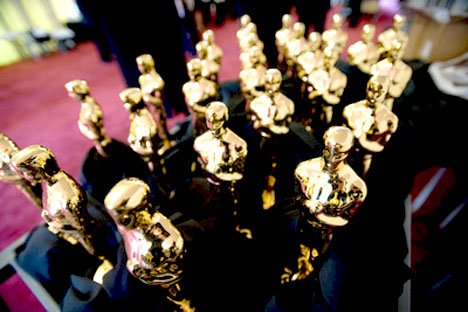 On Monday night, the TIFF group announced this year’s choices for Canada’s Top Ten. (Full disclosure: I was on the features panel.) This weekend, the Toronto Film Critics Association votes on its 2009 awards. In between, I’ve published my top ten films of the decade and filed my list of the ten best films of 2009.

Madness, I tell you. Madness.

Here’s the secret to navigating awards season: it’s all meaningless. One announcement blends into another, the press coverage discusses whether or not a given group’s awards serve as an accurate a predictor of Oscar glory, and because all of these lists are utterly subjective, every last one of them will at some point be dismissed because it doesn’t jibe with someone else’s choices.

I’m as guilty of this as anyone. I don’t put much faith in lists, even my own at best, they’re a reflection of what I thought was important as I was putting them together, rather than a definitive assessment of anything. My best-of-the-2000s list will almost certainly look different ten years from now, though I’d be willing to bet my beloved Shaun Of The Dead will still be on top.

With critical associations, you’re seeing the result of consensus rather than individual opinion, so unless the consensus is to go with a daring choice, we almost always see a collective opinion rather than a personal statement.

And when you get to the Oscars, it’s even worse the most deserving films are frequently trashed by back-stabbing rivals or naked appeals to populism, which I’m pretty sure is how Shakespeare In Love beat Saving Private Ryan that time, and how Chicago trumped The Pianist that other time.

This year, the expanded Best Picture category promises to make things awfully interesting: with ten slots instead of five, it’s supposed to throw the field wide open to competition. But that won’t happen instead, we’ll see five additional nominees that fail to build strong support in the other categories (which are still limited to five contenders) and are thus immediately dismissed by the industry watchers.

In this new structure, Disney-Pixar’s Up will probably land a Best Picture nom, the first for an animated feature since 1991’s Beauty And The Beast Pete Docter’s marvellous, emotional adventure story certainly deserves one, being one of the year’s finest accomplishments in feature-length storytelling, animated or otherwise. But with the Best Animated Feature category available, that’ll be all it gets – there’s no point in voters honouring it twice. (Even if it doesn’t win Animated Feature, that’s where all of its support is going to go.)

We’ll probably see the same calculation undermine movies like The Hurt Locker and Precious: Based On The Novel “Push” By Sapphire maybe they’ll throw in Best Director nom for Kathryn Bigelow and a couple of acting nominations for Precious – Mo’nique seems like a lock for Best Supporting Actress, though Gabourey Sidibe might be a harder sell for Best Actress if she doesn’t do enough public appearances to disassociate her own bubbly persona from the character she inhabits so fully in Lee Daniels’ movie – but in the end they’ll be trampled by deep-pockets campaigns for titles like Julie & Julia (Meryl!) and Invictus (Clint!) and Nine (everyone!).

That none of those films is particularly good doesn’t even matter it never has. When Sandra Bullock can be in a position to score a Best Actress nomination for her one-note performance in The Blind Side, that’s not because she’s any good in the movie, or indeed because the film deserves any prizes at all it’s just an indication of the way campaigning works, and how dire the field is for actresses this year.

So … what’s Toronto going to pick? I have no idea, and I’m the guy who counts the votes. I haven’t even finished putting my own ballot together there’s just too much going on, as we rush to catch up to last-minute screenings and assemble next week’s Holiday Movie Special.

Personally, I’m pulling for Joel and Ethan Coen’s brilliant farce A Serious Man. But that’s just my opinion. I’m sure someone else thinks I’m wrong.[rssbreak]