The best movies and TV shows to stream on Disney+

Disney's streaming service is leading with Star Wars, Marvel and its animated catalogues, but there's a lot more on there 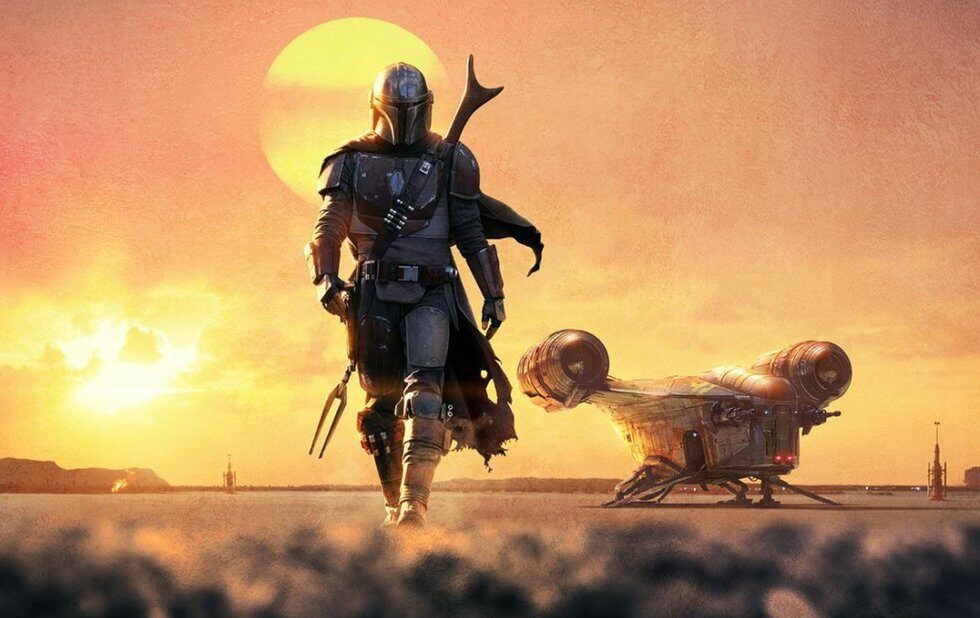 Okay, so it's a Star Wars property. But the Disney+ series The Mandalorian is very much its own thing.

The announcement that Disney is fast-tracking Pixar’s CG fantasy Onward to Disney+ on Friday, April 3 (less than a month after its theatrical premiere) will comfort existing subscribers who missed the chance to see it before theatres closed due to COVID-19 isolation measures – and, presumably, draw a lot of people to sign up for the studio’s streaming service.

Once they’re there, however, those newbies may be intimidated by the sheer volume of programming. So we’re doing our thing and preparing a handy guide to the highlights and hidden gems tucked away among the tiles. And yes, we left out High School Musical The Musical The Series, but that’s because your tweens already know about it.

The Tentpoles: Star Wars and Marvel

The Star Wars series and the Marvel Cinematic Universe have been the anchors of the Disney+ service since it launched last fall. Of course they are: they’re two of the biggest film properties ever created, with more than 30 features between them. If you have kids, they’re doubtless watching them on endless rotation. Might as well lean into it it’s going to be a while until we get a new chapter of either one. And maybe schedule a marathon for yourself, if you need it. Just remember that Rogue One is still the only Star Wars prequel worth the bother.

Speaking of Star Wars, this first live-action series set in George Lucas’s galaxy long ago and far, far away had a lot riding on it: would it be able to stand alongside what fans now call the Skywalker Saga, or is it a bunch of empty fan service, or a nightmare that haunts the dreams of a generation?

As it turns out, The Mandalorian is entirely its own thing – a sci-fi version of the old TV series Have Gun, Will Travel that follows a lone bounty hunter (Pedro Pascal) as he tries to fulfill a contract that’s a lot more complicated – and considerably cuter – than he bargained for. Created by Iron Man director Jon Favreau and featuring Clone Wars showrunner Dave Filoni as one of its executive producers, it riffs on Sergio Leone’s gunslinger Westerns and Kenji Misumi’s Baby Cart samurai movies, with dry humour and surprising emotional resonance from a character who’s sworn never to show his face to another living being. Also, it has Werner Herzog being very, very silly.

The National Geographic catalogue places a distant fourth to Disney, Marvel and Lucasfilm content in Disney+ marketing, but it’s still formidable – and with Earth Day later this month, it’s being placed front and centre on the service. A curated selection of National Geographic productions will be highlighted, among them: Brett Morgen’s Jane Goodall profile Jane Fisher Stevens’s eco-doc Before The Flood, which producer Leonardo DiCaprio memorably presented at TIFF 2016 and the gorgeously photographed Kingdom Of The Blue Whale, Kingdom Of The White Wolf and Sea Of Hope: America’s Underwater Treasures. And it’ll be paired with a showcase of recent Disneynature documentaries with child-friendly narratives: African Cats, Chimpanzee, Bears, Born In China, The Crimson Wing: Mystery Of The Flamingos, Monkey Kingdom and Wings Of Life.

Pick Of The Litter

In 2018, Dana Nachman and Don Hardy made a charming documentary about Labrador retriever puppies being fostered and trained for service as guide dogs Disney subsequently commissioned Nachman and Hardy to follow a new set of pups and families for a half-hour reality series. And while this version is a little more overtly manipulative than the movie, it’s still packed with adorable animals, kind and caring humans and genuinely heartwarming moments. Things are awful right now watching a show about altruism, goodwill and fumbly, bumbly puppies is not the worst way to spend your time.

Timmy Failure: Mistakes Were Made

What if we told you Disney+ had exclusive rights to the next film from Tom McCarthy, director/co-writer of 2015’s Oscar-winning investigative drama Spotlight? What if we told you it was a very odd, entirely unquantifiable comedy about a fifth-grader (Winslow Fegley) who investigates crimes with the help of a polar bear sidekick? And what if we told you they’d already released it? A project as bananas as McCarthy’s Adam Sandler magic-shoes movie The Cobbler but with considerably more control of its whimsical tone, Timmy Failure is just sitting there, waiting to find its audience and become the cult classic it’s destined to be. Best watched late at night when you’re just a little bit punchy, the better to connect with its anything-goes vibe.

Anyone who’s ever watched the little shorts on a Pixar Blu-ray will be familiar with the slight, charming pleasures to be found in this tiny Toy Story spinoff, which features Tony Hale’s easily excited spork wandering around Bonnie’s bedroom bothering his pals about stuff for three or four minutes at a time. Forky’s questions – 10 in all – are simple but occasionally profound: “What Is Money?” offers John Ratzenberger’s Ham a chance to lecture Forky on the concept of legal tender, while “What Is A Computer?” lets Kristen Schaal’s tech-savvy triceratops Trixie explain connectivity. And in the delightful “What Is Love?”, creator/producer Bob Peterson introduces younger viewers to comedy veterans Melephant Brooks, Carl Reineroceros and Chairol Burnett.

Sure, you can feast on decades’ worth of classic Disney productions from Snow White and Bambi to The Little Mermaid and Beauty And The Beast – and you almost certainly will, at some point – but Disney+ also offers some of the studio’s most egregious misfires. I’m especially partial to The Black Hole, the grandiose 1979 space opera that was meant to be Disney’s answer to Star Wars but ended up a weird, traumatizing nightmare, and The Black Cauldron, a tedious adaptation of Lloyd Alexander’s Chronicles Of Prydain that nearly killed the studio’s animation division when it bombed in 1985. They’re not good – like, not at all – but they’re fascinating.

Disney Marvel Streaming What To Stream