NOW MagazineMovies & TVReviewsReview: Beyond The Visible restores a revolutionary artist to history

Review: Beyond The Visible restores a revolutionary artist to history

Halina Dyrschka's documentary looks at the life and work of Hilma af Klint, the first abstract painter who was dismissed because she was a woman 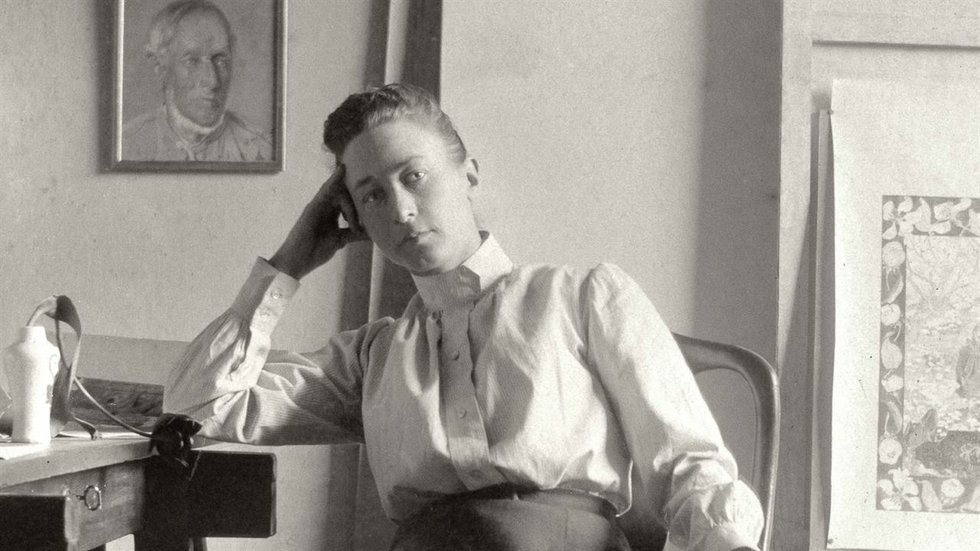 Like its subject, Beyond The Visible: Hilma af Klint does more than one thing at a time.

Halina Dyrschka’s documentary about the Swedish painter – which premiered at Hot Docs last year, and can now be streamed via the Paradise Theatre’s arrangement with U.S. distributor Zeitgeist Films – is here to introduce us to a remarkable woman and her revolutionary work, set it in the proper cultural and political context and restore her place in art history.

Dyrschka does all this gracefully, and without any evident agitation. She’s correcting the historical record in a manner that also lets us wonder why that record needed to be corrected in the first place – and why it took so long for anyone to notice the omission.

Here are the bullet points: af Klint, who spent most of her life in Sweden, was almost certainly the first abstract artist. She was working in the form at least five years before Vassily Kandinsky’s blue period began in 1911. But because she was a woman, and women were not considered capable of artistic genius, she was ignored and her contributions overlooked, while male contemporaries like Kandinsky, Piet Mondrian and Paul Klee were hailed for canvases that seem to owe a massive debt to af Klint’s compositions.

Like af Klint’s paintings, Beyond The Visible is as much a political act as it is a work of art. Dyrschka makes her case slowly and deliberately, layering details out for us: this happened on this date, this letter confirms this theory, these people were in this place at this time.

Experts, enthusiasts and family members appear as talking heads, but the documentary is never dry every time we start to wonder whether the filmmakers might be pushing their arguments a little for the sake of drama, Dyrschka and editors Antje Lass and Mario Orias compare and contrast af Klint’s work with the paintings of those who followed her. And af Klint’s work really is as brilliant as the film claims: her art arrives as an electric shock, its heady mixture of glorious geometrical precision and metaphorical complexity jolting the frame whenever it appears.

Dyrschka takes her title from another of her subject’s interests: af Klint was a polymath, her voluminous journals filled with notes about science and literature. She was also intrigued by the occult, as was almost everyone else of a certain social standing at the time she and her lifelong friend Anna Cassel founded a little séance society, The Five, to explore mysticism.

While some historians believe af Klint’s art reflected that paranormal bent, Dyrschka finds a more scientific aspect. She painted a series of transparent cubes splitting lines into multiple radiant beams right around the time researchers were beginning to understand the light spectrum Beyond The Visible sees the artist as a sort of prism herself, her work revealing aspects of the elements around her in a way previously unimaginable.

It’s thrilling to see these ideas flying around on the screen, and thrilling again to see people responding to them. The final movement of the documentary celebrates the re-emergence of af Klint’s work in galleries and museums around the world, including a rapturously received showcase at the Guggenheim in New York City.

It’s here that Dyrschka finally shows us the sheer size of the paintings – most of which dwarf the people who’ve come to see them – and Beyond The Visible’s greatest, saddest point is made: imagine how much effort it must have taken for the art world to ignore Hilma af Klint.

It would have been so much easier – and so much more rewarding – to truly see her.