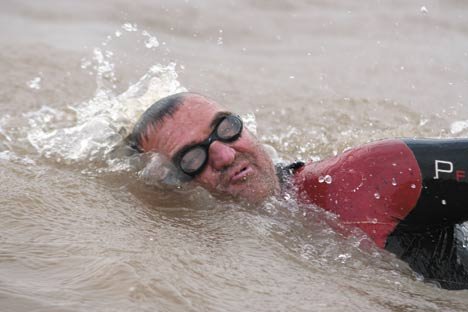 Big River Man Martin Strel gets in over his head.

On February 1, 2007, Martin Strel enters the headwaters of the Amazon river in rural Peru and begins to swim. He’s heading for the river’s mouth 5,268 kilometres away on the Atlantic coast. It isn’t his first endurance swim, but he’s 52, drinks two bottles of wine a day and is seriously overweight, with high blood pressure. 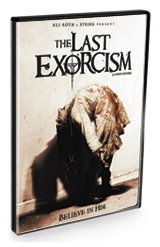 His amateur navigator gets them lost in the fog. Strel gets a severe sunburn and shoulder strain and loses a lot of weight. Borut Strel, his son and general manager, wants him to stop. Martin keeps swimming through rapids and debris. He starts hallucinating and enters a kind of mystical state.

Co-directors John Maringouin and Molly Lynch capture their subject’s suffering, stoicism and transfiguration, then intercut those images with shots of the Amazon forest and the tiny swimmer in the river to produce powerful, awe-inspiring cinematic poetry.

No extras. It’s likely the producers couldn’t afford them.