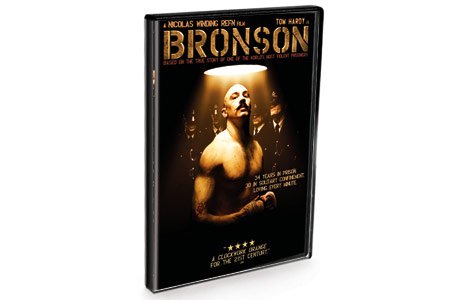 Not your usual biopic. In 1974, 19-year-old Michael Peterson gets seven years for a bungled burglary.He ends up spending 34 years inside, 30 of them in solitary. He’s the most dangerous convict in Britain. Along the way he picks up the fighting name Charlie Bronson.

Director Nicolas Winding Refn mixes conventional naturalism, onstage monologues, animation and opera to portray Bronson as psychopath, victim, comedian and showman. Some of it works some betrays a shortfall in budget or imagination.

The real show is Tom Hardy, who as Bronson pumps out aggressive energy and emotional whipsaws like Bob Hoskins in The Long Good Friday or the young Tim Roth in Made In Britain.

Refn and Hardy have compelling things to say, but the best of the extras are the monologues by the real Charlie Bronson. Chilling.