In yet another difficult year, these actors, directors, producers, writers and programmers helped change Toronto's film and TV landscape 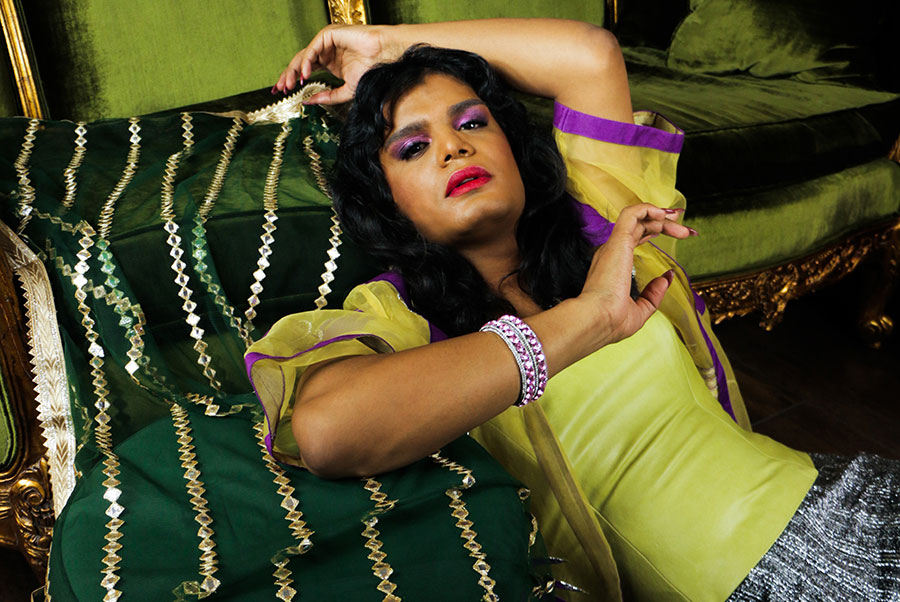 It’s been another weird year for Toronto’s film and television culture. No one seemed to be doing much of anything in the first half of 2021, and then suddenly we were up to our waists in vital, relevant work from voices old and new. As a result, you might recognize a few names from previous iterations of this list… but trust us, they more than deserve their return engagement.

As the first queer South Asian Muslim actor to star in a Canadian prime-time television series, Sort Of co-creator/star Baig was very conscious about getting things right – and not just in the depiction of their own character, non-binary Toronto millennial Sabi, but in the way the show sees everyone in their orbit. The result is a genuinely intersectional comedy with an open-hearted point of view; everyone Sabi meets is going through some form of transition, and to Baig’s credit, Sort Of is rooting for all of them.

After years as the “co-head” of the Toronto International Film Festival – and really, is there a more ungainly title? – former NOW film writer Bailey was named CEO in late November. He’d been the public face of the operation ever since Piers Handling retired in 2018 – and depending on whom you ask, for a lot longer than that, so this might have felt like an inevitability to some… but it’s about damn time.

With her first feature Night Raiders, a dystopian thriller told through an Indigenous lens, Goulet announced herself as a potent new voice in Canadian cinema. The residential-school allegory that runs through her tale of a mother (Elle-Máijá Tailfeathers) trying to rescue her young daughter (Brooklyn Letexier-Hart) from literal colonization is just the most urgent element of a fluid, assured debut that’s as much about Canada’s future as it is about its past.

With her documentary Subjects Of Desire – the only nonfiction work named to TIFF’s Canada’s Top Ten for 2021 – longtime film and television producer Holness (Home Again, Shoot The Messenger, Stateless) delivered a clear-eyed look at the systemic racism baked into the North American ideal of beauty, and how it so often excludes Black women. In a just world, they’d be screening Holness’s film in schools for the next decade; of course, in a truly just world they wouldn’t have to.

Sienna Films has given us some of the most essential, groundbreaking Canadian television of the last few years, as well as producing Yasmine Mathurin’s One Of Ours: the controversy surrounding Trickster regrettably drowned out any conversation about just how good that show was at building its world and telling its story, and Sort Of blazed new ground for non-binary representation and South Asian queerness. Next up: The Porter, a CBC series about the railway workers who formed the world’s first Black union in the 1920s.

In addition to starring in 2021’s biggest box-office hit – and doing his own stunts – Liu spoke out alongside co-star Jean Yoon about the toxic power dynamic on their CBC sitcom Kim’s Convenience, made history as “the first Chinese host to be the fourth Chinese host” of Saturday Night Live and generally handled the whole great power/great responsibility thing like a champ. And he just wrapped a romantic drama with Hamilton star Philippa Soo, which requires a different power set entirely.

Wala made our list in 2019 for his work getting CBC to launch a paid mentorship program to help BIPOC filmmakers get a foothold in the industry. He’s remained an advocate for representation at the most fundamental levels of film and TV production, co-founding the Racial Equity Media Collective with Sherien Barsoum and Tamara Dawit to hold funding organizations like Telefilm Canada to their promises to fund diverse creators. And he’s kept right on making stuff; Wala’s Scarborough Pictures helped the web comedy Next Stop land a second season on CBC Gem, and his new documentary Superfan: The Nav Bhatia Story just dropped on the service this month.

Wong is no stranger to the position she currently holds; she was Reel Asian’s executive director from 2005 to 2008 before returning for her current stint. And this year, as the festival celebrated its 25th anniversary, she helped ensure its mandate allowed for infinite interpretations of Asian identity, gathering filmmakers Randall Okita and Maya Bastian and Scarborough author and screenwriter Catherine Hernandez to discuss their radically different perspectives.

Starting with a scrappy YouTube series and growing into an assured CBC Gem comedy, Jabbari Weekes, Tichaona Tapambwa and Phil Witmer’s unfailingly authentic hangout show about Black life in Toronto devotes entire episodes to conversations about the cost of living and which subway stop sells the best Jamaican patty. If all they did with Next Stop was showcase the explosive comic timing of scene-stealer Vanessa Adams, that’d be enough – but they’ve done so much more.