Celebration of camp king John Waters coming to The Royal 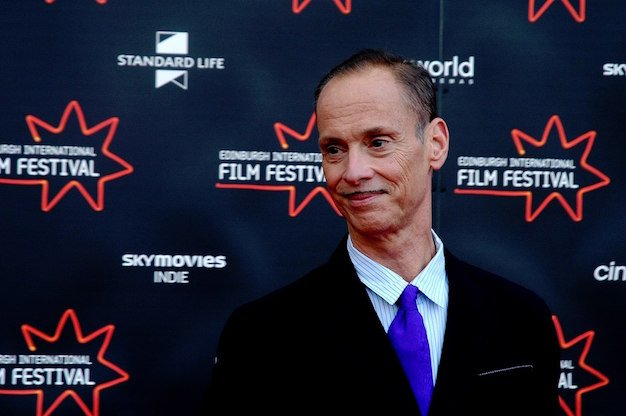 This Filthy John Waters Retrospective, a look back at the six best and most outrageous films of the iconic filmmaker’s career. Hosted at The Royal Cinema (608 College), December 7 to 10. Tickets and information here.

Baltimore native John Waters made a name for himself as an incorrigible filmmaker who embraced the fun and fantasy of camp. He’s mostly known for films like Pink Flamingos (1972) and Hairspray (1988), which was later adapted into a Broadway musical. But his oeuvre and impact go way deeper than a couple of mainstream hits.

The Royal Cinema’s This Filthy John Waters retrospective will showcase six of the writer-director-actor’s feature films, blending some of his more transgressive works like Multiple Maniacs with the music-driven Cry Baby and the odorously innovative Polyester.

A video introduction from John Waters himself will precede each screening. Check out the lineup of films below!

This dark comedy from 1970 follows a travelling sideshow troupe, with performers who display their odd perversions for unsuspecting locals. As their pitchman, Mr. David (David Lochary) says: These are “not actors, not imposters but real, actual filth who have been carefully screened in order to present to you the most flagrant violation of natural law known to man.” Naturally, freaking out their audiences isn’t enough and the troupe’s performances disintegrate into a murder spree.

1981’s Polyester is a great example of John Waters at his creative peak. Centred around what was then a transgressive romance between Todd Tomorrow (played by Tab Hunter) and Francine Fishpaw (played by frequent Waters favourite, Divine), the film was dubbed in its promotion as “the comedy that rips the pants off suburbia.” Waters intended the film to be viewed in what he called “Odorama,” which requires viewers to use a scratch-and-sniff card in sequence with on-screen cues. A limited amount of these cards will be available to audience members at the door.

You will never forget the first time you see Desperate Living (1977). Few films can match its ability to shock, and that’s why it’s being screened at The Royal with a content warning for viewers. The story follows the troubles of an outpatient from a mental asylum, who conspires with her maid to murder her husband before going on the run. Sarah-Tai Black from the Black Gold monthly film series says Jean Hill – who plays Grizelda Brown in the film – “is an absolute godsend for black femmes” who struggle to find representation in “trash cinema.”

For a filmmaker whose early works were frequently rated “X” – or at best “R” – Waters’ 1990 musical rom-com Cry Baby (1990) continued to chart John Waters’ trajectory into the mainstream. This film still has the same “trash cinema” touches that Waters is known for, though it’s much more polished and palatable to a broader audience, perhaps due to the preceding success Waters had with the hit Broadway adaptation of Hairspray. Before this film hits the screen at The Royal, audience members will be treated to a live burlesque performance inside the theatre.

Possibly the biggest cinema success for John Waters, Hairspray (1988) is a smiling celebration of early ’60s style and attitudes before the hippie movement eclipsed it all. While there’s plenty of music and dancing here, Waters also included a number of plot points around racial integration in the States – such as a conspiracy to stage a violent protest at an auto show with the help of a hair-concealed bomb. 14 years after Hairspray was released, it took to Broadway stages and significantly altered how Waters was viewed in the industry.

John Waters’ recurring star Divine takes centre-stage as Dawn Davenport in Female Trouble (1974), where she riles against her conservative parents and struggles to find romantic and artistic satisfaction. There’s plenty of Waters’ signature on-screen chaos as Dawn’s trajectory begins to darken towards murder and the price she’ll ultimately have to pay.