Two film festivals kick off in Toronto tonight – each completely opposed to the other.

On the one hand, you’ve got the third annual Toronto-Romanian Film Festival, showcasing new Romanian cinema all weekend. And on the other, there’s The Great Digital Film Festival 2010, screening Hollywood classics in high definition at the Scotiabank Theatre.

To pose the question more bluntly – do you take in tonight’s 6:30 pm Bloor Cinema gala of Tales From The Golden Age, or catch the definitive cut of Close Encounters Of The Third Kind at 6:25 pm at the Scotiabank? 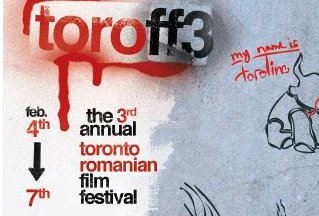 Okay, it’s a false choice – and not just because Close Encounters has a repeat showing Monday at 2 pm. You can enjoy your mordant quintet of tales of life under Ceausescu, and then pick up the Blu-ray disc of Close Encounters next door at Sonic Boom. It’s likely to be the same source the Scotiabank is using, after all. (Cineplex has been awfully vague about how the films are being screened, referring to “HD” and “2K Digital” presentations. It sounds like those terms refer to the projectors being used, with Blu-ray players providing the programming.)

Still, after decades of chasing scratchy 35mm prints from one repertory house to another, there’s something awfully tempting about seeing Steven Spielberg’s 1977 UFO classic – without any pops, scratches or splices — on a great big screen, surrounded by fellow true believers.

That’s surely the motivation behind the Digital Film Festival – and the reason Scotiabank is only charging five dollars per ticket ($9 for double features). It’s an inexpensive way to show off the theatre’s digital projection capabilities, and boost consumer interest in high-def video formats like Blu-ray. If they’re smart, they’ll be selling the BDs of every film in the series at the concession stand.

Other films booked for the festival include Francis Ford Coppola’s The Godfather (this afternoon at 2 pm, repeating Monday at 6 pm) and The Godfather, Part II (Monday, 9:30 pm) Stanley Kubrick’s 2001: A Space Odyssey (screening tonight at 9:10 pm) and The Shining (at midnight Saturday) The Princess Bride (Saturday at noon) and The Wizard Of Oz (Sunday at 1 pm).

In addition to Monday’s Godfather double-bill, Tuesday focuses on action with the perfectly paired Speed at 6:45 pm and Die Hard at 9:30 pm. Wednesday night is Bond night, with Dr. No at 7 pm and Goldfinger at 9:45 pm. Stone classics, every one.

How can Romanian cinema, produced on a modest budget with little in the way of pyrotechnics, compete? It doesn’t have to. Romanian cinema has secured its own place in cinema in recent years as the opposite of mainstream entertainment they don’t do crowd-pleasers, and their star system will never produce a Jennifer Aniston-type. When they make a comedy, it still ends with someone getting stabbed in the neck.

What Romanian filmmakers do best is self-investigation, burrowing into their society to find cold, painful truths. Corneliu Poromboiu’s Police, Adjective is an outstanding example of this approach, generating wrenching suspense from a narcotics detective’s moral conflict with his latest assignment … and, eventually, the definition of his duties as a police officer.

It’s not part of this year’s festival, but it is playing Monday and Tuesday evening at the Bloor. And it’s well worth checking out.[rssbreak]