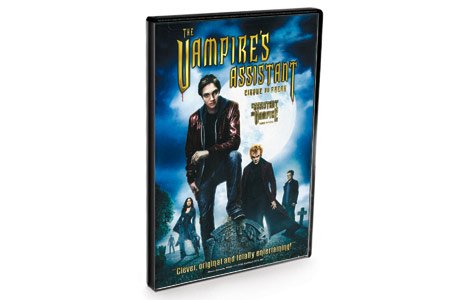 Get past the clunky title and you’ll find a lightweight fantasy pitched squarely at 10-year-olds and fuelled by enough breezy banter and imaginative character and set design to please adults with a fondness for fantasy. You’ll also need a willingness to forgive some confusing editing and a story that’s clearly designed for sequels that probably won’t happen. Box office was weak.

Two teenage best friends, one good, the other drawn to evil, get spirited away by opposing vampire factions. The good kid (Chris Massoglia) goes to the titular circus, where he’s made a half-vampire, gets mentored by the cynical Larten Crepsley (John C. Reilly) and learns that freaks are people, too. (Warning: mild preachiness.) The bad kid (Josh Hutcherson) learns evil at the knee of Mr. Tiny (Michael Cerveris), who’s hell-bent on fomenting war among the vampires.

Reilly makes Crepsley grounded, complex and funny. He’s a great contrast to Cerveris, who hits levels of rich hammy goodness light years beyond Vincent Price. The rest of the cast is fun, too, notably Salma Hayek as the bearded Madame Truska.

The extras feature a good tour of the Cirque’s tent village, liberally laced with backstory on the characters