What to watch on Netflix Canada in April 2020

NOW critics pick the best TV shows and movies coming to Netflix Canada this month, including Never Have I Ever, Coffee & Kareem and Circus Of Books 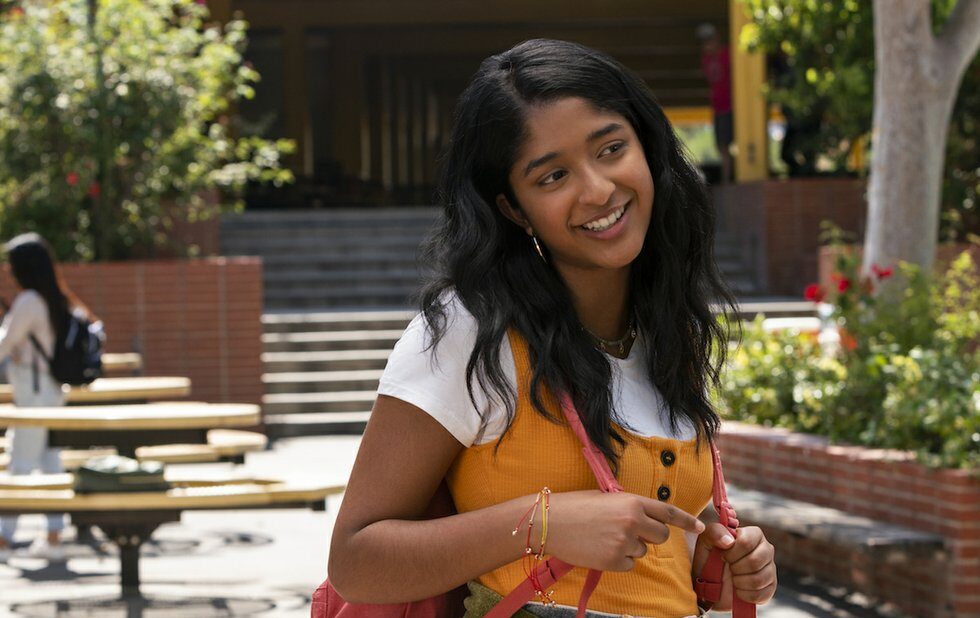 Never Have I Ever

Tamil-Canadian Maitreyi Ramakrishnan from Mississauga won her role in Mindy Kaling’s new YA comedy series after responding to an open casting along with 15,000 other people. The coming-of-age series is partly inspired by Kaling’s own childhood. Ramakrishnan plays Devi, an overachieving and temperamental Indian teen navigating sex and popularity during her sophomore year in a California high school. Kaling (real name Chokalingam) and Ramakrishnan are joined by Poorna Jagannathan playing Devi’s mom. Never Have I Ever seen so many Tamils on American television. April 27

Amazon’s announcement of a series based on A League Of Their Own got a lot of attention recently, but Netflix is stealing a little of its rival’s thunder with Chris Bolan’s documentary about Terry Donahue, a closeted ballplayer in the women’s baseball league that inspired Penny Marshall’s 1992 movie, and her partner Pat Henschel. The two women fell in love in 1947, sparking a secret relationship that lasted most of their lives. Originally set to make its world premiere at SXSW earlier this month, but… well, you know. April 29

Thomas Middleditch (Silicon Valley) and Ben Schwartz (Parks & Recreation, Sonic The Hedgehog) take long-form improv to new heights, building a brand new full show each night based on one audience suggestion. So this is a different breed of comedy special in that it comes in three parts: three different shows, each entirely different from the last. That spontaneous comedy-without-a-net brings performers and audiences together, all cheering for the same thing. It’s exactly what we need right now. April 21.

Last summer, Canadian filmmaker Michael Dowse (Goon, The F Word) gave us the appealing action throwback Stuber – the one with Kumail Nanjiani as Dave Bautista’s Uber driver. Dowse’s next is another retro-feeling buddy comedy with an even punnier title. Ed Helms is James Coffee, a Detroit cop dating single mother Vanessa, (Taraji P. Henson) whose 12-year-old son Kareem (Terrence Little Gardenhigh) hates him so much he hires a gang of fugitives to kill him. When it all goes sideways, James and the kid have to team up to take down an entire crime syndicate. It sounds ridiculous. Hopefully in a good way. April 3

Disappointed with your gastronomic gaffes during this time of quarantine and self-isolation? Well, they won’t be quite so bad as those in Nailed It!, the addictive reality series in which a bunch of culinarily-challenged contestants try to recreate famous desserts. Now in its fourth season, still hosted by the merciless stand-up comic Nicole Byer, the show takes the cake for funniest (and messiest) food show. April 1

Two things make this biopic about United Nations diplomat Sérgio Vieira de Mello intriguing to us: first, director Greg Barker (The Final Year) made a pretty good HBO documentary about Vieira de Mello in 2010, focusing on his work as the U.N.’s high commissioner for human rights and his attempts to finesse the American invasion of Iraq in 2003. And second, Barker’s drama – which casts Narcos’ Wagner Moura as Vieira de Mello – co-stars Ana de Armas as his partner, the economist Carolina Larriera. And after Knives Out, anything she does goes on the must-watch list. Fun fact: Moura and de Armas also appeared in Olivier Assayas’s Wasp Network, which Netflix acquired after TIFF last year and plans to release later this spring. April 17 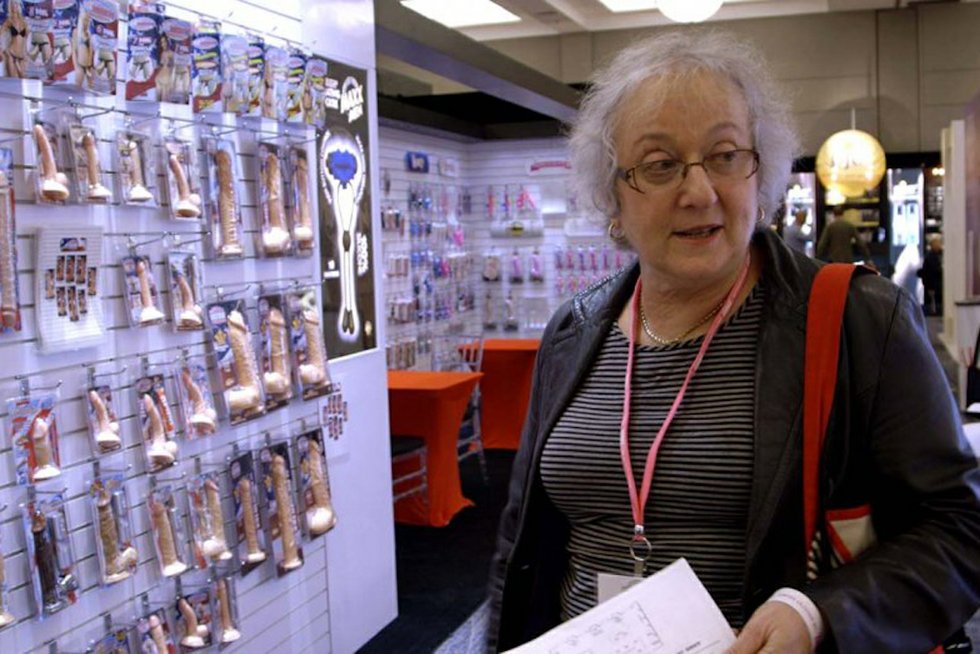 This six-part docuseries, which details the many sexual assault allegations against R. Kelly made such big waves in January 2019 that the R&B star was dropped by his record label and boycotted by countless artists and radio stations. He is currently awaiting trial at Chicago’s Metropolitan Correctional Centre, and is facing 18 federal counts, including child pornography and kidnapping. A difficult and damning series, it traces his own abusive childhood to his rise in the music world to the countless reports of abuse he has managed to dodge over the years. With commentary from A-listers who dared to speak on the subject and his abuse victims, along with their families and teachers, Surviving R. Kelly made the allegations impossible to avoid. April 18.

Let’s be honest, this is exactly the right time to watch a movie where Sarah Polley is chased around the GTA by stampeding zombies. Scripted by James Gunn, Zack Snyder’s adrenalized riff on George A. Romero’s 1978 classic plays down the comedy and cranks up the dread, with Polley at the head of a great ensemble that also includes Ving Rhames, Mekhi Phifer, Jake Weber, Jayne Eastwood, Boyd Banks, Lindy Booth, Matt Frewer and Kevin Zegers. Also, Modern Family’s Ty Burrell turns up as the closest thing the movie has to a villain, which is kind of hysterical. April 1

With Denis Villeneuve’s new adaptation set to arrive at the end of the year – assuming there are any theatres left to play it – David Lynch’s 1984 run at Frank Herbert’s sprawling sci-fi novel is suddenly back in cinephile conversations. It hasn’t gotten any better with age – it’s still beautiful to look at and stultifyingly dull to sit through, thanks to a tortured post-production process that saw over an hour of footage slashed from Lynch’s cut. (The filmmaker refuses to engage with the movie to this day.) But there is a certain fascination in watching the august international cast – which includes everyone from Kyle MacLachlan, Virginia Madsen, Sean Young and Sting to Max Von Sydow, Francesca Annis, José Ferrer and a young(ish) Patrick Stewart – run around in rubber costumes trying to find the gravitas in the story. April 1

Todd Haynes’ reteamed with Safe star Julianne Moore for this splendid and hyper-stylized homage to Douglas Sirk’s 1955 classic All That Heaven Allows. The Sirk film starred Jane Wyman and Rock Hudson as a May-December couple who are regarded with disapproving eyes. In Haynes’ update, Moore is a picture-perfect Connecticut housewife who is neglected by her husband (Dennis Quaid) and finds comfort in her Black gardener (Dennis Haysbert). Haynes’ exquisite update follows in the footsteps of Sirk’s monumental work, which shaped a new kind of melodrama. But in dealing with race and homosexuality, Far From Heaven goes where the earlier film couldn’t. April 1

We Own The Night

James Gray’s old-school cop drama is the kind of macho melodrama you might be inclined to mock. But this saga about two brothers (Joaquin Phoenix and Mark Wahlberg) on opposite sides of the law teaming up to take down a violent criminal organization still fucks. Gray concocts thrillers that are slow, sexy and stylish. The sight of Eva Mendes with a cigarette hanging from her lips will get your heart rate up. And a rain-drenched car chase that keeps viewers locked inside the interior of a vehicle under attack ranks among best action sequences ever. April 1

If you were devastated by Marriage Story, Noah Baumbach’s savage look at a family being torn apart by divorce, you’ll want to watch (or rewatch) his masterful 2005 film about the same subject – but told from the perspectives of the two children (Jesse Eisenberg, Owen Kline), who shuttle between their self-absorbed, selfish parents (Jeff Goldblum, Laura Linney). April 1

Long before Rian Johnson’s Knives Out, the late Robert Altman played off prickly class tensions on a wealthy estate in the whodunit Gosford Park. Taking a page from Agatha Christie and Jean Renoir’s The Rules Of The Game, Gosford Park invites viewers on an absurdly decadent weekend shooting party at an English manor. When the wealthy patriarch is killed, it’s only a matter of time before everyone assumes the butler did it. But the murder mystery is a conduit for observations on how servants discreetly hover and manage the obscenely rich. Succession will thrill to it. April 1

Not many actors manage to capture the ennui of suburban life as well as Kate Winslet in Little Children. At one point, as the lovelorn Sarah, she justifies her sexual exploits thusly: “It’s the hunger. The hunger for an alternative, and the refusal to accept a life of unhappiness.” The writer of those words is the ever-consistent Tom Perrotta (Mrs. Fletcher). Again, he proves to be a rare male writer who can capture the depths and meaning of female desire. Sarah’s ache for more, along with several others in her small town, is triggered when a registered sex offender moves in and ruffles the feathers of the locals. One particular scene remains indelible a decade on: the offender appears at the public pool, filled to the brim with children. Slowly, a murmur spreads. The pool evacuates as the man remains underwater, swimming along, as families watch in horror. Chase it with Parasite and you’ve got yourself a double feature. April 1.

There are few sexual awakenings as prime as the moment Casper the friendly ghost transforms into a real boy for one night to dance with the lonely Kat (Christina Ricci) at a Halloween party. From a pillowy wisp to pillowy lips, Casper becomes 90s heartthrob Devon Sawa. Eyes locked, the pair dance, and he whispers those infamous words – “Can I keep you?” – revealing his identity to a delighted Kat before the two share a peck. A 90s confection, costarring the ever-endearing Bill Pullman, Caspar never gets too sentimental and is a charming watch for kids and parents, especially millennials looking for a hit of nostalgia. April 1

List of new titles available in April by date:

How To Fix A Drug Scandal

The Last Kids On Earth: Book 2

Too Hot To Handle

Never Have I Ever

The Forest Of Love: Deep Cut

The Adventures Of Rocky And Bullwinkle

The Age Of Innocence

Judy Moody And The Not Bummer Summer

We Own The Night

The Plagues of Breslau