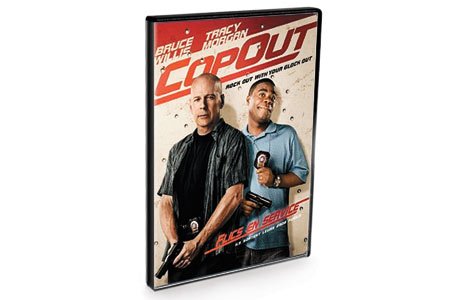 Cop Out wheezes from weak laughs to weaker action to lifeless sentimentality like it’s three different movies united only by its lumbering pace.

Tracy Morgan and Bruce Willis play buddy cops suspended for being idiots. Trying to retrieve a stolen baseball card leads them to a megalomaniac drug lord.

Tracy overacts like he’s in the kind of comedy where yelling substitutes for humour, and Willis underacts like he wishes he were elsewhere. They’re not bad when they meet in the middle for some bickering, but the bigger laughs come from the supporting cast, notably Seann William Scott as an energetically loony thief. The chance to watch more of him is the only reason to check out the extras.