NOW MagazineMovies & TVNews & FeaturesWhat to watch on Crave in November 2020 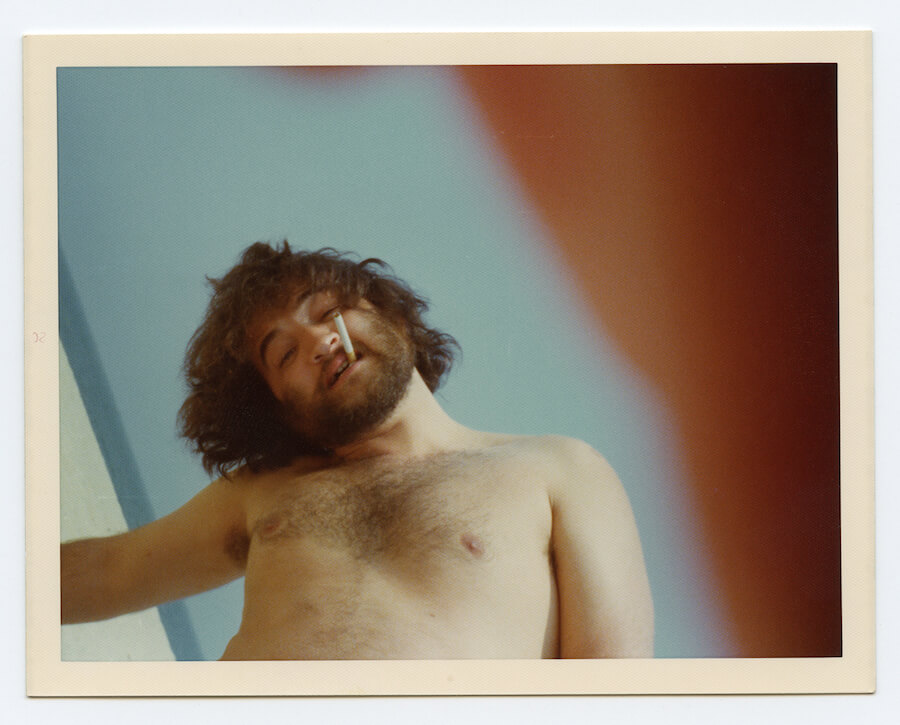 We scrutinize the November 2020 Crave schedule to select the most anticipated titles hitting the streaming platform this month.

Get ready for the John Belushi revival. Director David Frankel (The Devil Wears Prada) is currently making a biopic about the late comic genius, who died at 33 of a drug overdose at the Chateau Marmont in 1982. But first there’s this Showtime documentary that uses correspondence and more than 50 hours of interviews conducted and compiled by Belushi’s widow, Judy, to piece together a portrait of one of SNL’s most infamous alumni. Director R.J. Cutler used audio footage of another great actor, Marlon Brando, for his insightful doc Listen To Me Marlon. Here he weaves together interviews with those closest to Belushi – including his SNL castmates Dan Aykroyd, Gilda Radner and Chevy Chase along with writer/director Ivan Reitman, former girlfriend Carrie Fisher and others – to tell his story. November 22

Kaley Cuoco’s made some interesting choices since The Big Bang Theory ended, setting up a production company and actively subverting her sitcom persona with the projects it generates. (What she’s done on DC’s Harley Quinn animated series is nothing short of genius.) This HBO Max limited series, based on a novel by Chris Bohjalia, gives her a proper starring role as a young woman who wakes up in a hotel room that isn’t hers next to a dead man she doesn’t know. Michel Huisman, Zosia Mamet and Rosie Perez co-star, and the first two episodes are directed by Susanna Fogel, whose resume includes co-writing The Spy Who Dumped Me (which she also directed) and Booksmart. That feels like a wild card. November 26

Melissa McCarthy’s fourth collaboration with her director husband Ben Falcone was originally set to open in cinemas, but due to the pandemic – and perhaps McCarthy’s lacklustre box office track record of late – the AI comedy will now premiere on HBO Max. This time around, McCarthy’s American everywoman lands in extraordinary circumstances after realizing she’s under surveillance by artificial intelligence (voiced by Bobby Cannavale and James Corden). November 26

Director Sharon Liese followed four transgender youth (starting at ages 4, 9, 12 and 15) over five years in Kansas City for this documentary, which has drawn comparisons to the Up series. During the film’s festival run – it played Hot Docs back in the spring – critics lauded the film’s willingness to probe uncomfortable social dynamics around activism and exploitation. November 12

Between The World And Me

This HBO special based on Ta-Nehisi Coates’s book of the same name brings the stage adaptation, which had a run at the Apollo Theater in 2018, to the screen. Expect a mix of footage from the show, readings, animation and documentary footage of the all-star cast, which includes Mahershala Ali, Oprah Winfrey, Angela Davis, T.I., Black Thought, Janet Mock, Phylicia Rashad and many more. November 21

John C. Reilly, Fred Armisen and Tim Heidecker are a trio of wannabe astronauts getting on each other’s nerves while isolated at NASA’s Arizona moonbase simulator to test their readiness for a lunar mission. It’s directed by Jonathan Krisel, who worked closely with Heidecker on Tim And Eric Awesome Show, Great Job!, so expect a much more absurd take on male bonding and low-gravity survival than Space Force. (Hey, remember Space Force? No? Good for you.) November 8

Set in the world of British high finance, this series follows a group of new hires at a London banking firm whose intra-office friendships and romance wind up raising issues of gender, race, class and privilege. It’s the first show from buzzy UK creators Mickey Down and Konrad Kay and the premiere episode is directed by HBO veteran Lena Dunham. November 9

The Democrats might be ahead in the polls, but apparently conservatives are ratings gold. Hot on the heels of The Comey Rule and Gillian Anderson as Margaret Thatcher in The Crown comes this four-part docuseries about the Reagan era from Studio 54 and Scotty And The Secret History Of Hollywood director Matt Tyrnauer. Given the filmmaker’s track record, we can probably expect a more critical appraisal of Reagan’s legacy when it comes to race and the HIV pandemic. November 15 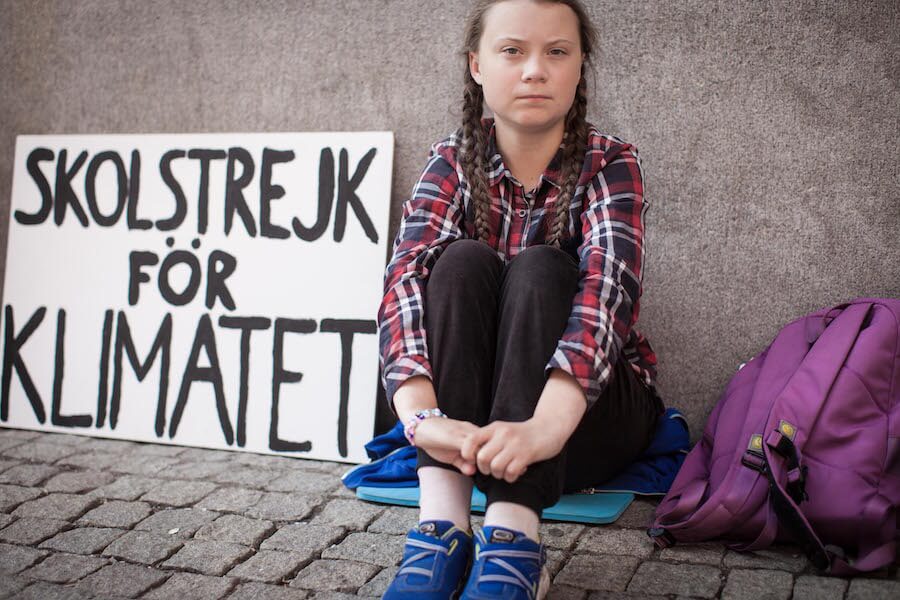 Nathan Grossman’s doc about Greta Thunberg covers the teen climate activist’s solitary climate strikes outside Sweden’s parliament in 2018 to her sailing trip across the Atlantic to attend the UN Climate Summit in 2019. Full of pathos, triumph, danger, death threats and breakdowns, the film manages to be an unnervingly close look at Thunberg’s interior life as she becomes a heavily scrutinized media star, while avoiding sappy, feel-goodness. Greta is an accidental hero of our times propelled to the world stage seemingly overnight, but that status suffocates and stifles her, as this doc highlights. November 13

Maybe Autumn de Wilde’s adaptation of Jane Austen’s oft-filmed novel hasn’t added anything to the canon besides a colourful visual palette and lavish production design (and perhaps a willingness to let its actors have as much fun as they like with their characters). But things are much, much darker than they were when the movie hit theatres in February, and right now we could all use the distraction of Anya Taylor-Joy bouncing around in ridiculous hats, meddling in the romantic lives of her friends and neighbours as a way of ignoring her own loneliness. Also, Bill Nighy as Mr Woodhouse. Come on. November 6

Eliza Hittman’s spare, small, emotionally loaded drama about a teenager named Autumn (Sidney Flanigan) trying to obtain a safe, legal abortion in America was supposed to open in theatres the week the planet went into lockdown; you almost certainly missed its VOD window, when it was drowned out by flashier studio pictures that were rushed to the home arena. But it’s one of the best movies of this miserable year, built around tremendous performances from both Flanigan and Talia Ryder as Autumn’s resourceful cousin Skylar (Talia Ryder). Don’t miss it. November 27

Made By Destruction (seasons 1-2)

Between The World And Me+

A Colbert Christmas: The Greatest Gift Of All

Doctor Who: The Christmas Specials

For Your Eyes Only+

From Russia With Love+

On Her Majesty’s Secret Service+

The Man With The Golden Gun+

The Spy Who Loved Me+

A View To A Kill+

The World Id Not Enough+

You Only Live Twice+

Empire Of The Sun*

The Mystery Of DB Cooper+

Sweetness In The Belly+

Every Christmas Has A Story+

Every Day Is Christmas+

Jingle All The Way*

Jingle All The Way 2*

Sherlock Holmes: A Game Of Shadows*

A Twist Of Christmas+

A Wish For Christmas+

Rolling Stone: Stories From The Edge

The Possession Of Hannah Grace

I’m Going To Break Your Heart

Cloudy With A Chance Of Meatballs

Nancy Drew And The Hidden Staircase

Spider Man: Into The Spider-Verse

Cloudy With A Chance Of Meatballs 2

Did You Hear About The Morgans?

The History Of Love

Just Go With It

The Taking Of Pelham 123

Til Ex Do Us Part

Update (October 30): The 007 Collection has been moved from November 1 to November 10. This post has been updated.