“I was introduced to my corpse, and it was terrific," the 78-year-old Toronto filmmaker says 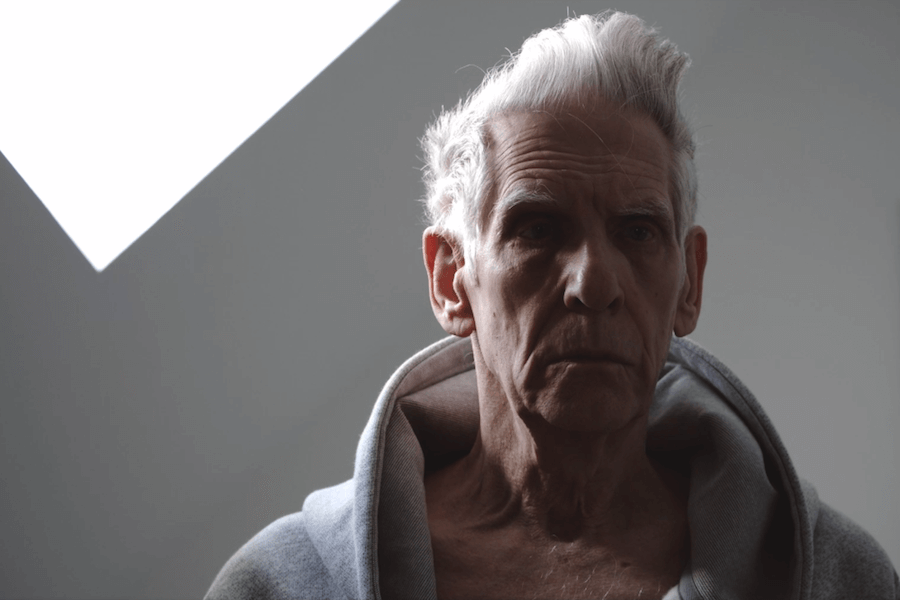 David Cronenberg is confronting his mortality – and you can own a piece of it.

The famed Toronto body-horror filmmaker is getting into the crypto-art market with a one-minute short film called The Death Of David Cronenberg, a collaboration with his photographer daughter Caitlin Cronenberg.

The film, which the 78-year-old wrote and stars in, is available to purchase as a non-fungible token – or NFT – via art market SuperRare until September 21. The reserve price is 15 Ethereums (roughly $67,000 CAD), the digital currency that’s native to the decentralized, open-source blockchain platform Ethereum.

NFTs are a crypto-based format that have taken the art world by storm. Artists, musicians and filmmakers use them to sell works that don’t exist tangibly in the physical world.

The minimalist short film has a voyeuristic vibe, as if shot on a surveillance camera. Cronenberg can be seen walking into a small, attic-like room dressed in a robe. He stares into the camera before turning to look toward a bloated dead replica of himself tucked into a bed. He leans over, plants a kiss on the body and then crawls into bed and spoons it.

His daughter shot and produced the short, which explores “mortality, surrealism and the metamorphosis of life and death,” according to the official description.

In an interview with SuperRare editorial director Luke Whyte, Cronenberg explains that the prosthetic was originally created by the company Black Spot FX for the fourth season of Shudder series Slasher, in which the filmmaker plays a wealthy businessman named Spencer Galloway.

“There was a moment [while working on the series], when the special effects people said, we’ve got a surprise for you,” Cronenberg explained. “I was introduced to my corpse, and it was terrific.”

When Caitlin brought up the idea of creating an NFT, he thought the prosthetic dead body would be perfect. The effects company loaned him the prop, which he placed in Caitlin’s childhood bed. He kept it there for a while before deciding what to do with it. “I have unfinished business with this dead version of me,” he told Whyte.

Ultimately, the director settled on a metaphorical piece about embracing one’s own death.

“I used to say long ago, whenever I kill somebody in one of my movies, I’m really rehearsing my own death, and that became a cliche, but there is truth in it,” he added. “It is part of life to deal with your own death. People know they won’t live forever, and that their parents won’t live forever. You never finish dealing with that. Every decade of your life you have to revisit it specific to where you are.”

Cronenberg is currently in Athens doing pre-production on his next feature film, which is called Crimes Of The Future and is set to star Viggo Mortensen, Léa Seydoux, Kristen Stewart, Scott Speedman and Don McKellar.

It’s the filmmaker’s first movie in seven years. That time frame is significant, Cronenberg said, because his wife died seven years ago.

“[She] died in that house, in a bed, and it felt when she died, partly, like I died, and I still feel that,” he tells SuperRare. “That corpse is my wife to me. So it’s not just a frivolous horror film. It is a film about love and the transient aspect of being human.”

Watch The Death Of David Cronenberg and read the full interview with the director here.