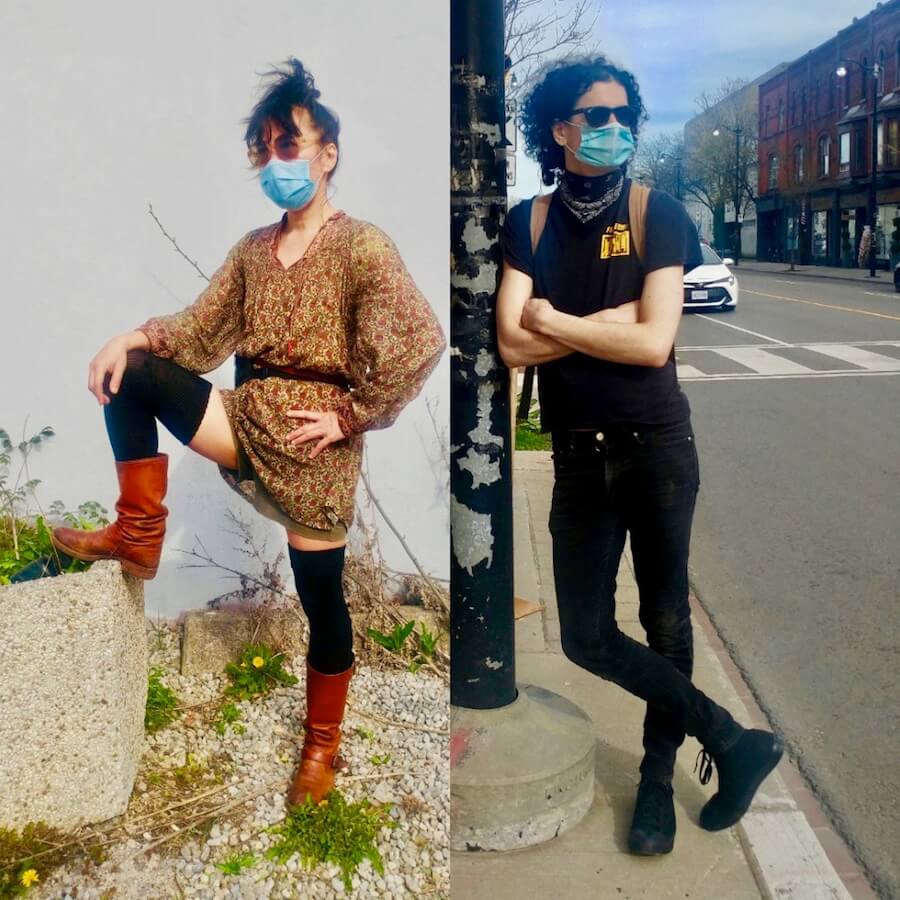 One of the recurring questions about the pandemic – at least in my line of work – is what sort of art will be created during this strange window of time.

And after months of speculation, we’re starting to see what that looks like: television shows are addressing the coronavirus, performers are streaming concerts, and today, a movie called Death And Sickness premieres on CBC’s Gem streaming service.

Written, produced, directed and shot by its leads, Sook-Yin Lee and Dylan Gamble, who play mildly fictionalized versions of themselves, Death And Sickness can best be described as an experimental psychodrama about isolation. It’s strange and intense, and intensely personal: the movie opens with Sook-Yin mourning the very real loss of her partner, the musician Adam Litovitz, who died last year.

“Most of my stories come from a nugget of inspiration from real life,” Lee says. “Real life is extraordinary, you know; [it] just has a way of unfolding in extraordinary ways and in the work that I do, I usually draw upon my life for inspiration or what I’m wrestling with – questions about existence, life. And certainly, losing Adam was irrevocable – it was like my personal 9/11. I just couldn’t imagine not feeling his presence in the work that I do. He’s been such a huge part of me that I can’t I not try to wrestle with that.”

Lee had already decided to share her lockdown with Gamble, a bartender and musician she’d met singing karaoke at Handlebar. Gamble’s band, Hot Garbage, was just embarking on a U.S. tour when COVID shut everything down. Lee was doing lectures in Detroit and Windsor.

“We both hightailed it back to Toronto and had to quarantine,” Lee recalls. “We were both really, really supportive of each other’s challenges. And we were like, OK, let’s lockdown [together]. And in my mind, I was like, ‘Let’s make a movie,’ because stuff had been percolating – thinking about the pandemic, and people who were just beginning to know one another, almost like strangers deciding to quarantine or lock down in a tiny house, what would that look like? That was sort of the seed.”

“I brought my love of early 60s, 70s horror movies to the table,” Gamble laughs. “The personal story of growth and tragedy.”

“What was your thing about the void?” Lee asks Gamble.

“Well, a very strange time made this movie get made,” Gamble explains. “So the movie should be strange, and then we should put it back out [during COVID] to make the strange time that made it [feel] stranger. Like a snowball.”

“Throw it back into the void,” Lee says.

“But hopefully not a deadly snowball,” Gamble says. “Just a very surreal snowball.”

Listen to the entire conversation with Sook-Yin Lee and Dylan Gamble on Apple Podcasts or Spotify , or play it directly below.