Deepa Mehta’s Funny Boy is facing calls for a boycott 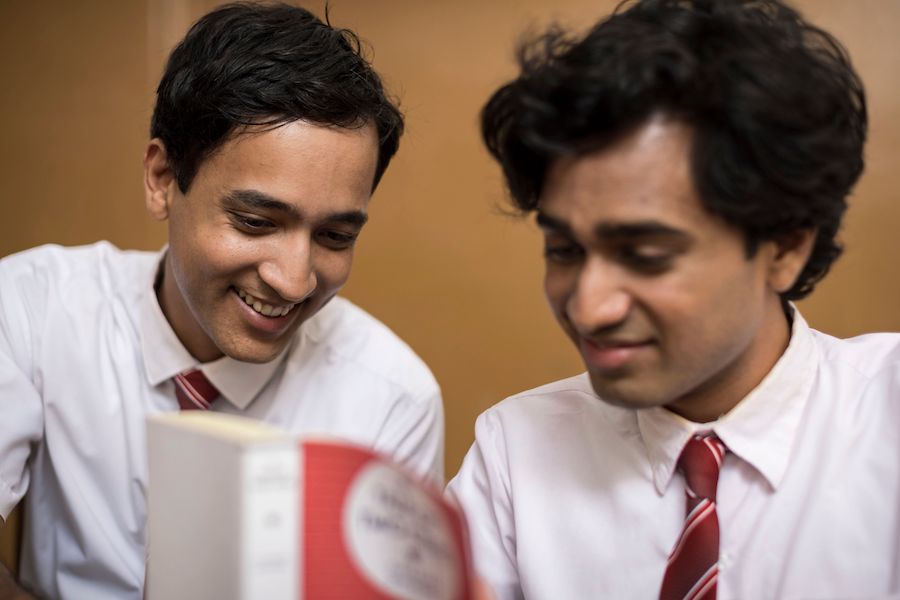 People from the Tamil diaspora are calling for a boycott of the queer coming-of-age movie Funny Boy.

The uproar stems from Toronto-based filmmaker Deepa Mehta’s decision not to cast Tamil actors in the lead roles.

Such controversy is fairly old hat for the Indian-Canadian director, whose productions have endured unruly protests and government shutdowns. Production on her Oscar-nominated film Water was uprooted from India after Hindu protestors burned the set down. That film was subsequently shot in Sri Lanka, which is the setting of Funny Boy.

Like Water, Mehta’s latest film, has been selected to represent Canada at the Academy Awards in the International Feature category. Ava DuVernay’s distribution company Array acquired Funny Boy and will be releasing it on Netflix internationally on December 10.

The movie is an adaptation of author Shyam Selvadurai’s beloved novel about a young Tamil boy from a wealthy family navigating hate against two aspects of his identity: his sexuality and his ethnicity. The film takes place in the lead up to Black July, an anti-Tamil pogrom that killed up to 3,000 people, displaced hundreds of thousands more and fuelled a civil war that claimed just as many lives.

Mehta invited me to see the film late in the summer. It features some of her finest work since Water, with scenes that are alternatively beautiful and tender. And I was particularly pleased to see that it didn’t hold back on depicting tensions between the majority Sinhala and minority Tamils. The film goes in on the oppression Tamil people faced – and continue to face.

And with that in mind, the casting is especially disappointing. While the film’s reps say the principal cast is 50 per cent Tamil, the community is barely represented in the lead roles.

Instead actors Brandom Ingram, Agam Darshi, Ali Kazmi, Seema Biswas and Shivantha Wijesinha struggle with the language in ways that will throw off anyone familiar with Tamil. Nimmi Harasgama, who like the book’s author is half-Tamil and half-Sinhalese, fares best.

Unfortunately, the underrepresentation of Tamil actors in these key roles has political weight. The film addresses how lack of opportunity was an instigating factor in the war. And yet the casting perpetuates that lack of opportunity. This issue will be especially problematic for those Tamils who equate their language to identity.

Already, people in the diaspora are reacting online after learning about the casting. The majority of them have not seen the film but are hearing how poorly the Tamil language fares in the trailer promoting the film’s premiere on CBC Gem.

I want to say it one time with art : Dear ava @arraynow @deepamehtaofficial : Don’t Erase Us. Tag them, maybe they’ll see it. . . Obviously it’s too late to halt the release of the film since I’m sure production is done, but if you are putting together a film about an oppressed people in a conflicted country maybe have your casting reflect that. The arts run in our blood and there are so many Tamil creators on here, around the world, and there are SO many Queer Tamil folks whose lives could have changed if they were brought on board for this film. I’ll definitely be watching the film critically and take notes to make sure that me, as a Tamil creator, do everything I can to bring our stories to screens as small as phones and as large as my home. Toronto is home to at least 250,000 Tamils, which include actors, artists, cinematographers, film directors and more, so I’m still upset by your casting choices. I can’t wait to see my language be spoken incorrectly onscreen and cringe. November is a month of reflection and is a solemn month for some of us. I WILL bring authentic storytelling to the world, by speaking to folks whose stories I choose to talk about, illustrate, and photograph. We will not be erased. – Vinsia Maharajah. Edit : I am now selling this print in a limited 10-print run. If the price of an archival-quality fine art print (100CAD + shipping) is too much, 2021 will bring an affordable poster version of this image.

Berlin-based political writer Sinthujan Varatharajah has been especially vocal, calling for a boycott because of the lack of representation as well as conflicting accounts of Mehta’s history in Sri Lanka. We will address this in an upcoming feature on the film with Mehta and Selvadurai, which will be published closer to the film’s theatrical release date.

On a personal note: I don’t agree with a call to boycott the film. This is the rare instance that a story about Black July, Tamil resistance and the queer Tamil experience gets such a platform. It deserves to be seen, debated, criticized and held accountable by our community.

The way film financing works, nobody is going to tell this story again. And if our community doesn’t show interest, this industry won’t have any incentive to tell anymore of our stories.

Funny Boy arrives in select Canadian theatres on November 27 and on CBC TV and CBC Gem on December 4.

Get your first look at the Canadian trailer for @IamDeepaMehta‘s @FunnyBoyTheFilm, based on the book by Shyam Selvadurai👀 The film will represent Canada in the race for Best International Feature Film at the 2021 #Oscars👏 pic.twitter.com/Zhu1mHxwQF

This story has been updated with a new theatrical release date.