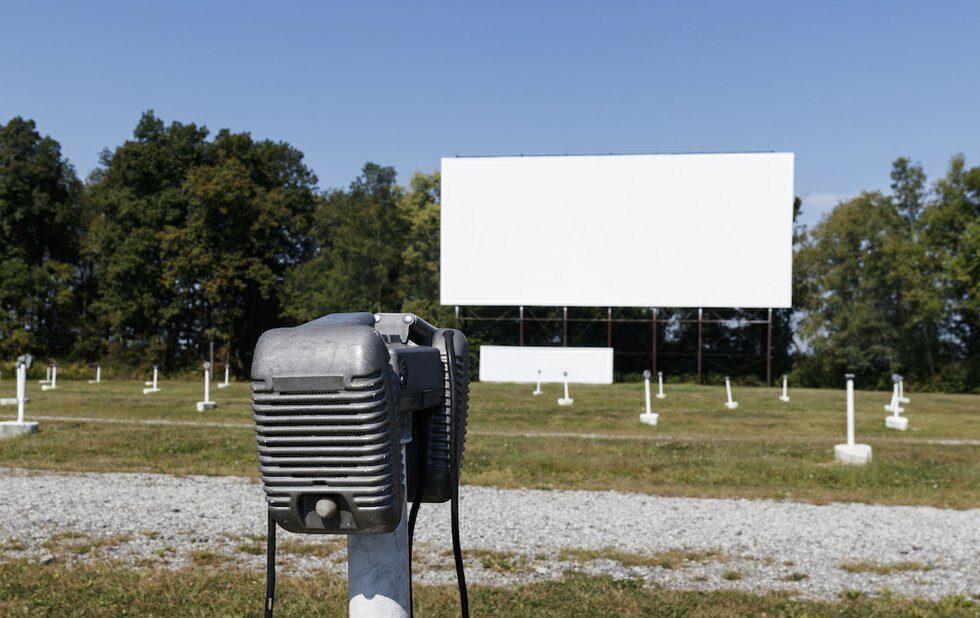 Hey, remember the drive-in movie theatre? That antiquated relic of car culture, pushed out to the sticks over the decades by urban sprawl and now used to score cheap nostalgia points on sitcoms and period dramas?

Well, the joke’s on you: thanks to the pandemic, drive-ins are literally the only place where people can gather to see a movie.

Sure, you could set up a projector and a backyard screen. But it’s not the same. Drive-ins offer the very specific thrill of a communal event experienced in a personal bubble, which makes them uniquely suited to the present moment: you can leave your house and catch a double feature while staying relatively safe, as long as you don’t mind bringing your own popcorn.

In the GTA, the only option is the 5 Drive-In in Oakville, just off the QEW at Ford Drive. Reopened earlier this month, the three-screen venue is operating under some restrictions – tickets must be purchased online in advance, pets are prohibited and concession stands and play areas are closed. Moviegoers are required to stay in their vehicles unless they need to use the washrooms – in which case they’re expected to wear face coverings and maintain social distancing on the way there and back.

But if you’re willing to follow the rules, you get to watch movies with a crowd. And though most of the films on offer last week were the same ones the 5 was screening when it closed in March, like Bad Boys For Life, Onward and The Invisible Man, not everything is leftover studio stuff.

Case in point: Michigan filmmakers Brett and Drew Pierce’s The Wretched, a throwback horror movie about a teenager (John-Paul Howard) who can’t get anyone to believe that his neighbour (Piper Curda) has been possessed by an ancient witch, became the #1 movie in America when IFC Midnight released it on the U.S. drive-in circuit last month. (It grossed $1 million in five weeks.) It’s screening nightly at 9:45 pm through Wednesday (June 17).

“We thought we’d play for a week or two in a dozen drive-ins and maybe people would check us out on VOD,” Brett says via email. “Now we’re playing in over 100 locations across the country and opening in Canada. We feel like we’ve stepped into an alternative universe.”

Brett and his brother managed to attend a few of the screenings and were delighted to discover the drive-in atmosphere was very similar to their film-festival experiences.

“The response from audiences has been fantastic,” Brett says. “It’s great to sit in your car and feel the energy from people as they scream and nervously laugh at the more creepy, grisly moments. The drive-in just invites that type of reaction in the best way. We didn’t realize it at the time, but we kind of made the perfect drive-in movie.”

The inbuilt restrictions of the drive-in also preclude a Trinity Bellwoods scenario from breaking out, which is also why drive-ins are likely to be the only outdoor cinema option until coronavirus is no longer a public-health threat. Pleasant as Harbourfront and Yonge-Dundas Square may be for a movie on a summer’s eve, it’s much harder to maintain rigid distancing there.

What’s going to be really interesting is watching the programming adapt to the new normal, as drive-ins shift from pleasant summertime diversion to vital theatrical outposts. Universal has made Trolls: World Tour available on the circuit – the 5 is pairing it with Back To The Future – so it’ll be interesting to see whether other studios follow suit with the films they’re sending straight to streaming.

I can easily see Warner Bros. and Christopher Nolan making Tenet available to drive-ins, especially if Nolan is still hell-bent on releasing the film on July 31. (Indeed, drive-ins could well be the only venues open for business.)

And the success of The Wretched might inspire other genre filmmakers to shoot for a drive-in premiere, both for bragging rights and for the sheer pleasure of putting a movie in front of an audience who might have waited for VOD in the before-times.

Come to think of it, why limit it to genre filmmakers? Imagine watching something like Kazik Radwanski’s harrowing Anne At 13,000 Ft. while trapped inside a car. The combination of a gigantic screen and a claustrophobic environment could do a better job of putting audiences in the film’s headspace than any conventional auditorium.

Alternately, you could go full dystopia and just program Mad Max: Fury Road on every screen. (If you need a second feature, there’s Black And Chrome, the black-and-white version George Miller released on disc.)

On second thought the world is apocalyptic enough already, and it might lead to stunt driving on the way home. Forget I said anything.